For more information, please see our General Conditions of Use

How does Evaneos use my personal data?

Your information is sent to EVANEOS, located at 27 rue de Mogador, 75009 Paris, France, in order provide you with its services, personalized information relevant to you, and practical advice regarding your travel plans. Your information will be kept as long as necessary to achieve the purpose for which it is processed. This information may be subject to an automated decision-making process to assess your preferences or areas of personal interest. In accordance with the French "Computing and freedoms" Law n ° 78-17 of 6th January 1978, amended by the European regulation of 679/2016, you can at any time request access to information concerning you for the purpose of correcting, changing, or deleting, opposing or limiting its use by EVANEOS, or transferring it, by writing to data-privacy@evaneos.com. You can also define the terms of use, storage, and communication of your personal data in case of death. For all requests relating to your personal data, you can contact the DPO (Data Protection Officer) of the data at the following address: dpo@evaneos.com, or lodge a complaint with the National Commission for computing and liberties.

Evaneos local agents unlock the doors to places you may never have stumbled upon on your own. With their in-depth knowledge of these destinations, venture off the well-worn tracks and prepare yourself for surprises at every turn.

The path less traveled in the Philippines

This archipelago of more than 7,000 islands is a never-ending mosaic of landscapes, with secluded coves and white sandy beaches, rice terraces dating back over 2,000 years, and age-old volcanoes that are still active today.

Its rich, diverse history makes the Philippines a timeless Asian destination where Far Eastern influences merge with memories of its Spanish colonial past, as reflected in its colorful churches and towns.

Setting out for chameleon country in Madagascar

This island country off the coast of Africa is blessed with a beautiful, colorful landscape. Lush, green rice fields cover the Central Highlands, while farther west, stunning limestone formations created by erosion, such as at Tsingy de Bemaraha, shimmer with shifting shades as the sun sets, from creamy white to brick red.

In the dry south, native vegetation dots the landscape, ranging from the yellow of euphorbia to the carmine of aloe vera blossoms. From town to town, the Vezos, nomadic fishermen, will share the unique traditions and craftsmanship of the Malagasy people, while the turquoise sea fills the background.

On the caravan route in Uzbekistan

At the crossroads of civilizations, Uzbekistan offers a rare opportunity to step back in time. Amid vast expanses of mountains, deserts and caravan oases, crisscrossed by the legendary Silk Roads, three spectacular cities showcase their cultural treasures in the open air.

Discover the ancient medieval city of Khiva, surrounded by its imposing ramparts made of dried soil and mud bricks. In Samarkand, the Uzbek crowning jewel, marvel at the dazzling domes with their striking turquoise patterns. Under the shadow of the trading domes in Bukhara, admire fine Uzbek craftsmanship and chat with the locals over a cup of spicy tea or a game of dominoes. 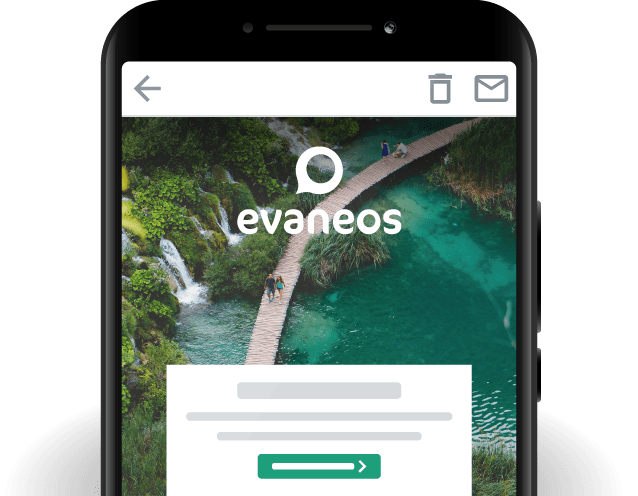 Starry solitude in the desert of Namibia

In our increasingly digital society, Namibia feels like one of the few remaining places where you can disconnect completely. One of the least populated countries in the world, vast and barren desert terrain becomes a surrealist, otherworldly land for visitors to explore. To catch the incredible views of Sossusvlei and Deadvlei, plan your visit for the afternoon when the crowds begin to clear and climb the Big Daddy sand dune before playfully running down.

Turn to the guidance of an Evaneos local agent (who will plan your journey so that you don’t get lost!) and track down desert elephants during the day before dozing off to the sound of lions at night as you ‘glamp’ beneath a canvas of shimmering stars.

A kaleidoscope of color over four seasons in Japan

Many opt to visit Japan inspring when the cherry blossoms of Kawazu paint the landscape a soft pink, but travelers shouldn’t overlook visiting the Land of the Rising Sun a little earlier or later, too. In fall, green foliage morphs into fiery hues of red, yellow, and orange. You can catch these striking shades of autumn leaves, known as koyo in Japanese, in the city, like at Tokyo’s Rikugien Garden.

For the best autumnal experience, however, head to the countryside and fully immerse yourself in nature’s palette in Daisetsuzan National Park in Hokkaido. Winter in Japan proves itself a worthy contender, too, when glittering snowflakes dust the mountain peaks and give way to perfect conditions for outdoor winter activities.

On the trail of Christian civilization in Armenia

Located in the Caucasus highlands, Armenia is a must-see destination for both outdoor enthusiasts and history buffs. To enjoy the outdoors, head there in winter when the mountain peaks are blanketed in white. Strap on your skis and glide down the slopes as you soak up the breathtaking views of Lake Sevan, nestled between the mountains at 6,000 feet above sea level.

History fans can follow in the footsteps of the earliest Christians. Armenia is dotted with age-old churches and monasteries, some of which are UNESCO World Heritage Sites, scattered among its seemingly untouched landscape. Make sure you get to know the Armenians, whose reputation as warm and welcoming hosts is well deserved – sit back and share a piping-hot cup of Armenian coffee with them.

Treasures at the end of the world in Chile

With the Pacific Ocean's waves to the west and the towering Andes mountains to the east, Chile is a land of water and earth, fire and ice. Here, the clash of the elements creates grandiose beauty. In the Atacama Desert, the extreme dryness of the land only accentuates the purity of the starry sky above, inviting you to contemplation.

Farther south, the earth's fury has carved out stunning volcanoes, their slopes teeming with life and their peaks bathed in golden silence. In the remote regions of Patagonia, fierce winds and storms have created flawless fjords and ice fields, leaving you breathless as a spectator of this country's transcendent charm.

In this country at the other end of the world, two main islands brim with natural treasures. This oceanic archipelago is home to endless breathtaking landscapes that invite you to get back to nature and rejuvenate. For the body, hundreds of world-class treks await, whether you prefer to set out on foot or by bike. As you turn the trail's corner, spot the white vapor of active volcanoes, majestic mountains, or glacial waterfalls spilling into the fjords.

For the soul, relax on Hot Water Beach alongside the locals, basking in the sun and digging out their own spa pools at low tide. Here, more than anywhere else, you can travel at your own pace, with family or friends. Whether you’re looking for an active or meditative retreat, enjoy the outdoors to the fullest.

On the hunt for nature's treasures in Colombia

Colombia has a natural appeal like no other, with an incredible biodiversity ranking second in the world. In this eldorado of fauna and flora, look up into the sky over the Sierra Nevada, with its snow-capped peaks, in search of the iconic condor. Luxuriate among the greenery of Tayrona National Park and its many native plants, such as the 4,000 species of orchids found in the country.

A real haven for explorers, Colombia will charm you with a myriad of other delights: stroll through the colorful, coffee-scented streets in Cartagena, one of South America's most beautiful colonial cities, or dance to salsa beats in Cali. You can also try your hand at the local game of tejo, a kind of Colombian bocce involving exploding targets—the locals will be delighted to give you some tips!

At the pace of the desert in Jordan

The many civilizations that passed through Jordan have influenced the country over the centuries. You get the sense that peaceful Petra, a city founded by the Nabataeans, was once pumping with energy. As you explore the land where the Jordan River meanders through, let yourself go at the pace of a stroll or a camel caravan.

Pause to admire the dazzling colors of the Wadi Rum desert, and soak up the scenery straight out of Lawrence of Arabia. Take the time to embrace the spirituality of the lost city of Mount Nebo, absorb the history of the Roman city of Jerash, or float on the salt water of the Dead Sea, allowing time to come to a complete standstill.

Protecting the future of travel: thank you for your support

Together we can protect the future of travel

Protecting the future of travel: thank you for your support

Together we can protect the future of travel