Design your perfect tour of Japan's cities with a local expert
Customize a tour idea created by one of our local agents based in the destination.
©
Shutterstock

Is Japan the right destination for you?

Reviews from our travelers about their trip to Japan

We had a fantastic time in Japan. The itinerary and excursions organised were perfect, and we got to experience so much of Japan in two weeks - covering all the key cities and sights that we wanted to see . The destinations were all very good. There were so many highlights it's hard to list them all but seeing Mount Fuji was incredible, experiencing the history of Kyoto and the beautiful Island of Miyajima with the local deers. Japan has so many terrific places. There's so much to see and explore. The local agency was incredibly helpful from designing the itinerary to providing support whilst we were travelling - from directions, resolving last minute issues and anything else in between! Without the local travel agency and their knowledge of Japan, we wouldn’t have been able to see and experience Japanese history and culture within 2 weeks. Would highly recommend the travel agency.

Been many countries, but for me Japan amazing....best ever travel experience ...loved every minute.....

We booked a 15 night tour of Japan with Evaneos after a careful search of the market. Evaneos works with local agents and we were paired with Jerome, our local agent, in Tokyo who put together an itinerary covering all the cities and sights we wanted to see (Tokyo, Kyoto, Osaka, Hakone (for Mt. Fuji), Hiroshima, Himeji and the snow monkeys), booked all the hotels according to our budget, and suggested and arranged particular events and experiences including a tea ceremony, 2 traditional Japanese guest houses (ryokan), cycle tour, hot springs, flower arranging and a beef meal with sake tasting. Japan is quite an expensive country to visit and it can be difficult to plan an itinerary without knowing exactly where to go and what to see but this way, we could have a customised itinerary including as much or as little in the way of guided tours and support at a good value price. This worked very well. It was cherry blossom time too so we wanted to know the best places to get good views of the trees in each city and Jerome was able to make some good suggestions. Some of the transport arrangements were also quite complex but Jerome was available both before the trip and during the trip through e-mail, Skype and WhatsApp (and phone if we had wished) to answer questions and resolve last minute issues. Overall, with Jerome’s help, we were able so see a great deal of Japan in quite a short time and would not hesitate to recommend his service and the Evaneos approach.

The best cities to visit in Japan

Cities in Japan blend the historic with the modern. Walk down a street lined with neon lights and skyscrapers, then turn the corner for a centuries-old temple or ornate garden. Japan's cities are vast, so getting help with planning from one of Evaneos' expert local agents can help find those often-missed hidden corners. Each city has a different feel, from traditional Kyoto to modern Tokyo.

Japan is spread over four main islands, but the efficient rail network makes travel between the main cities very straightforward. Most visitors arrive in the capital, Tokyo, a sprawling metropolis of over 9 million people. If its futuristic skylines aren't your thing, the historic capital of Kyoto is a quick bullet train ride away. On Japan's northernmost island, Hokkaido, you'll find the city of Sapporo—this off-the-beaten-track gem entices travelers with its world-class seafood restaurants, thriving brewery scene, and outstanding nearby ski resorts.

The top cities in Japan to include in your trip itinerary

Careful planning will help you visit several cities in Japan and experience the different personality of each. Start in the capital and then follow your individual preferences, whether that be modern Japanese culture, history or the very best in food and drink.

A culture clash of the ancient and modern in Tokyo

Tokyo is a city of striking contrasts, from the cutting-edge architectural designs in Ginza, to the stunning 7th-century temple of Senso-Ji. The city is also renowned as being a foodie paradise, with more Michelin-starred restaurants than any other city in the world.

Arguably the most important historical event of the 20th century was the end of the Second World War, and the huge peace memorial museum and park mark the spot where the atomic bomb fell. Try your hand at making origami cranes, a symbol of peace.

Sapporo for food, drink, and nature

There's an altogether more relaxed vibe in Sapporo, on the island of Hokkaido. The port city is famous for its great seafood and its numerous breweries. Head out of the city and into the mountains to explore Lake Shikotsu, or go skiing in the winter months.

Join in with the relaxed, laid-back atmosphere in Yokohama

Yokohama is part of the greater Tokyo sprawl but is a city with its own character. It's a laid-back place, with street art, pavement cafes, and a large foreign community. Take a trip on the giant Ferris wheel, before feasting on sticky yakitori chicken.

Tips for planning a city break in Japan

Spring is the best time to visit Japan's cities when the cherry blossoms are in full bloom. Fall is also ideal when it's a bit quieter (meaning, fewer crowds!) and the landscape is painted with the fiery hues of autumn leaves. Getting around here is best done by train - it's fast, efficient, and the best way to see the country's attractions. 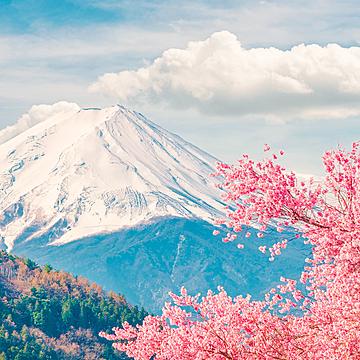 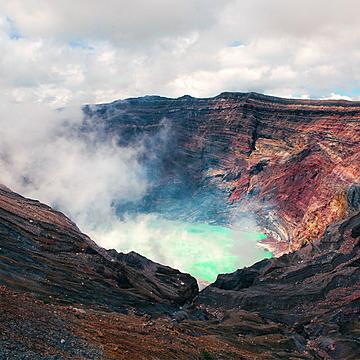 Summer in Japan
Experience added!
You can add more experiences to your trip itinerary before sending it to a local agency
View my trip itinerary