Design your perfect tour of Croatia's cities with a local expert
Either customize a tour idea below, or send a general inquiry by clicking 'Start designing my trip.'
Customize a tour idea created by one of our local agents based in the destination.
©
Shutterstock
Contact a Local Agency

Our local experts in Croatia

Reviews from our travelers about their trip to Croatia

All three destinations we went to - Zagreb, Split and Dubrovnic - were absolutely stunning. We had a memorable all ladies trip. Piltwick lake and Trogir were another excellent places to visit.

This was a wonderful trip, start to finish. We drove from Opatija south to Dubrovnik stopping along the way at Plitvice National Park, Split, and Korcula Island.

We picked Croatia as our destination because my grandparents lived there before coming to America. It is a beautiful country and the prospect of doing some genealogy searching made it the right place for us. We like to find the 'hidden gems' when we travel and not follow the crowd. My favorite place was Velika Planina in Slovenia. It took some effort to actually get to the settlement, but 100% worth it. We also loved driving the Julian Alps and visiting Pag, Croatia. Jelena arranged a rental car for us, and we drove from Zagreb to Slovenia and then down the coast to Dubrovnik. Everything at our own pace. If we saw something interesting we stopped. No tour group schedules to follow, no feeling like were were part of a herd. I enjoyed the safety of knowing that Jelena was just a phone call away should we run into any problems.

Trip created by Jelena’s agency
See agency
See all reviews
Ready to design your own locally-made trip? Get your proposal

The best cities to visit in Croatia

There are many reasons to visit Croatia, from its exquisite cuisine to the excellent climate. However, the Adriatic Coast is the star attraction, with its endless miles of gorgeous beaches backed by verdant hills and medieval towns and cities.

Croatia’s cities tend to be defined by a heady blend of history and cosmopolitanism, where chic wine bars sit alongside ancient fortresses, making for the perfect vacation destination. Well-preserved historic architecture is abundant across almost every city in Croatia, with each destination having its own fascinating backstory.

Most of Croatia's cities are located on the Adriatic coast, with fabulous beaches nearby. Historic Roman buildings and ruins dominate the city centers and their spectacular Old Towns, with Dubrovnik being the star attraction. This seafaring nation serves up delicious seafood at its countless waterside restaurants where you can dine on the catch of the day following an afternoon of exploring incredible historic sites.

The top cities in Croatia to include in your trip itinerary

While they all feature amazing architecture, great restaurants, and historical treasures, each of Croatia's cities has its own unique appeal. Here are the best cities to visit in Croatia.

Walk the old walls of Dubrovnik

Dubrovnik's Old City is a UNESCO World Heritage Site made up of cobbled squares and maze-like alleyways, and its impressive city walls date back to the 13th century. Packed with bars, restaurants, and boutique shops, it’s a captivating and atmospheric time to spend a day or two. Nearby you’ll find great beaches on the glistening Adriatic coast.

Seek out intrigue in Zagreb

Croatia's often overlooked capital in the north of the country has a rich architectural history and plenty of quirky attractions. Stop in at the Museum of Broken Relationships for a spot of comedy and tragedy in equal measure. And for those seeking some education, Zagreb's Old Town offers a fascinating history lesson. The newer side of town is best for shopping and bars, so come here in the evening for a great night out.

Get lost in Split

Located on the Dalmatian Coast, Split has a huge labyrinthine city center, perfect for getting lost amid kitsch coffee shops and alfresco dining spots. There are multiple beaches nearby and Split makes an excellent starting point for an island hopping tour along Croatia’s isle-studded coastline.

The smaller coastal city of Zadaris a little-known highlight of the Croatian coast. Expect a far more laid-back atmosphere here, with plenty of brilliant activities and interesting history. Don't leave without visiting the medieval Zadar Cathedral, the city's stand-out architectural highlight, and be sure to catch sunset by the seafront where a huge ‘sea organ’ place the tune of the tides.

Pula has a small-town vibe but certainly packs a punch when it comes to activities. With both magnificent beaches and medieval architecture, not to mention fantastic local seafood and traditional Istrian cuisine, Pula is, without question, one of the best cities in Croatia. Don't miss the spectacular Roman amphitheater right in the city center.

Tips for planning a city break in Croatia

To enjoy the cities without the crowds, plan to visit outside of the main summer months—even in Europe's winter months, temperatures in Croatia can still reach daily highs of 68°F. The best way to get from city to city is by renting a car and driving along the dazzling Adriatic coastline. There are also several bus companies that operate services between cities in Croatia. Two to three days in each location is plenty of time to experience the incredible cities of Croatia. 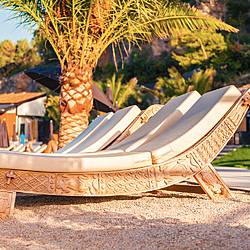 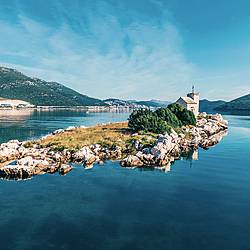 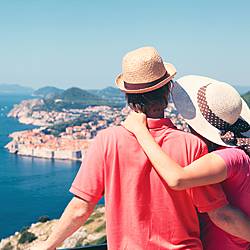 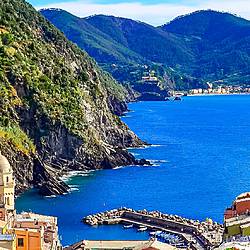 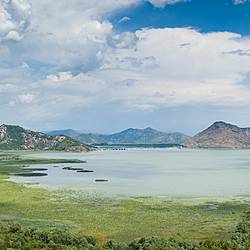 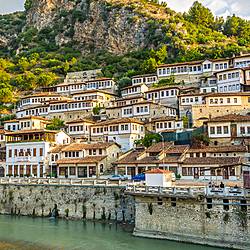 Albania
Experience added!
You can add more experiences to your trip itinerary before sending it to a local agency
View my trip itinerary