Dien Bien Phu and its history

Though the city of Dien Bien Phu is currently in full development, it's more attractive for its history than for having any sites of great tourist interest, but it's worth a stay during your trip to Vietnam.

Dien Bien Phu is located 450 kilometres to the north west of Hanoi. It can be reached by road or by plane. If you choose to go by road, stop over in Son La and visit the former dwellings of the Thai minorities. Include discovering the city in a route of at least 5 days around the North West when on your trip in Vietnam. To get there, you'll travel across magnificent landscapes. It's enough to only go a little bit further to discover beautiful waterfalls, mountain lakes, typical villages: for though Dien Bien Phu is known for the famous battle, it's the ethnic diversity of the region which gives it its greatest wealth.

As is the case everywhere in Vietnam, you'll sometimes choose to travel by tuk tuk, other times by bike or moped, depending on your shape, what you want and the time that you have to visit the site. You will be able to stroll through the streets of Dien Bien Phu's market town and make some purchases at the Thuan Chau market. The city itself is far from having an incredible charm, and it's not exactly for its architecture that people visit. But there is an undeniably interesting, if not also painful, colonial past between Vietnam and France which is actually quite recent. It's therefore worth delving into it a little. 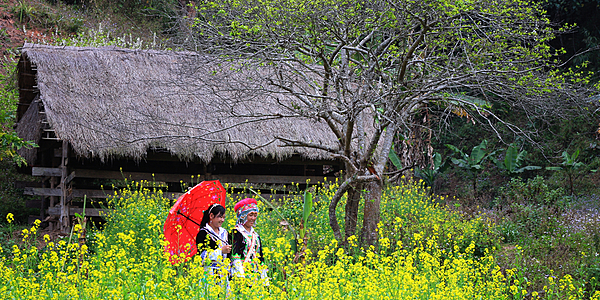 In 2014 Vietnam celebrated 60 years since its victory at Dien Bien Phu.

This small city was founded in 1841 by the Nguyen Dynasty. In November 1953, in order to prevent the Viet Minh from seizing Luang Pradang, then the capital of Laos, French troops were sent to this city. The battle in the city and its surrounding plains raged on until May 1954, when on the 7th of that month instructions were received from the French administration in Hanoi ordering a ceasefire. It was one of the last big battles of the First Indochina War.

This defeat allowed the negotiations in Geneva to be accelerated and the famous Geneva Accords were signed in July 1954, and brought about a separation of the country into two around the 17th parallel. In 1992, Dien Bien Phu obtained the status of a city. This is perhaps the greatest remnant of the First Indochina War and for all those who are interested in this war or in French colonisation in Vietnam, it's a necessary destination which will allow you to fully understand and visualise what you have learnt in books.

Amongst the famous places not to be missed during your visit there is Eliane Hill, the Dien Bien Phu Victory Museum (and its frescos and battle scenes that are displayed there), the hill's military cemeteries, the command post of De Castries, and that of General Giap and his advisers (this is your chance to discover the treasures of the mountains which surround Dien Bien Phu). You can also visit the deep tunnels which acted as shelters during bombardments. 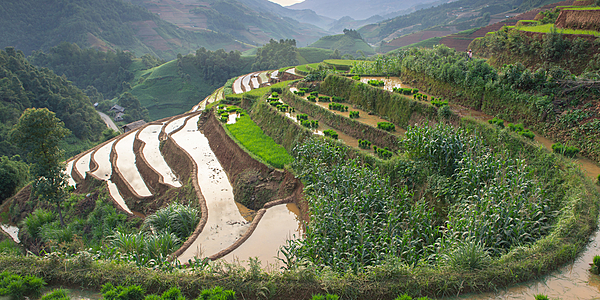