Fall under the spell of Hoi An and the surrounding area

Hoi An is the city that many travellers to Vietnam fall in love with. Over the course of a few days, let this beautiful, yellow-walled city charm you with its relaxed atmosphere.

Hoi An, the Yellow City

It hardly comes as a surprise that the ancient city of Hoi An has been listed as a UNESCO World Heritage Site in 1999. Its architecture is a wonderful mix of Chinese, Japanese, and French colonial styles. The ancient city is concentrated mainly around the three streets along the banks of the river, where restaurants and shops abound. Although Hoi An is extremely popular with tourists, the city nonetheless exudes stillness and serenity. Cars are prohibited in the city centre, which provides relief for our eardrums.

To help you explore the cultural capital of Hoi An, the city offers a single ticket that gives you access to any five sites out of the fifteen that are on offer. This allows you to discover temples, historic houses, and museums. Hoi An is also well known for its tailors that make made-to-measure clothing! The results are amazing, the quality of the fabric - which is evidently "made in China" somewhat less so. Each evening, you can watch the lanterns that light up the river, or let a candle float across the water while making a wish. 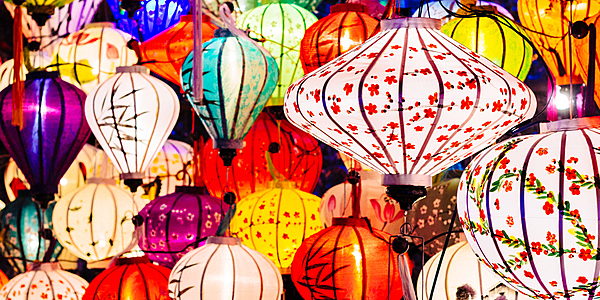 The city's other highlights include its restaurants, beaches, and rice fields

The charms of Hoi An are not limited to its unusual architecture. It is THE city for foodies. Its fine gastronomy will delight your taste buds at every meal. The city's restaurants offer all the region's culinary specialities as well as cooking courses. You'll learn to prepare wontons, which are noodle dumplings stuffed with crab, tomato, and onions, and banh xeo (yellow, crispy pancakes stuffed with meat or tofu and wrapped in leafy greens) or white roses (stuffed steamed noodle dumplings). They are ideal for impressing your friends and family upon your return from your trip to Vietnam.

As for the area surrounding Hoi An, it simply demands to be explored! A few kilometres from the city centre, you'll find Cua Dai Beach and An Bang Beach. The first of these is edged with luxury hotels and the second is less focused on tourism, less developed and more local. While taking a scooter trip, you can also head deep into the rice paddies in the area around Hoi An. As you turn a bend in the road, you may encounter locals hard at work, smiling children, or fishermen.

The My Son ruins

Located 55 km from Hoi An, My Son is one of Vietnam's oldest archaeological sites. Listed as a UNESCO World Heritage Site since 1999, this ancient religious stronghold of the Cham Kingdom was inhabited from the eighth to fifteenth centuries by high-ranking people before being abandoned as a result of the civilisation's decline. Those who are fond of the temples of Angkor Wat, and Chinese history enthusiasts, will love it here. My Son sticks in your memory thanks to its intricate carvings and its refined style. You can finish your visit by viewing the two expositions that tell the story of the site and its origins.

The only disadvantage of My Son is how difficult it is to get there. If tours are organised, you can make your own way there by scooter, provided you have a detailed map of the surrounding area. If you arrive there in late morning, you may find that you have the site all to yourself. A mystical atmosphere 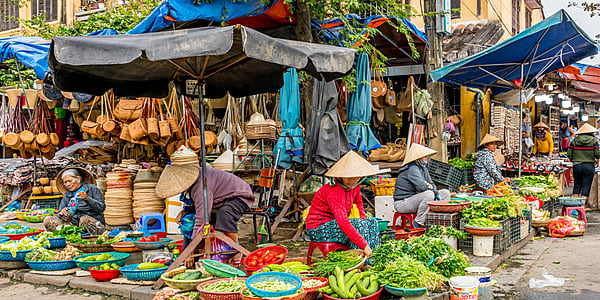