The province of Ad Dakhiliyah has numerous activities on offer, just a few hours' drive from Muscat. It is a rich, central town where mountains, towns and nature combine.

Falajs are very typical of Oman. They are a network of exterior channels to transport water to farmland. The province of Ad Dakhiliyah is not completely desert-like; thanks to the mountain ranges there is an irrigation system and many falajs.

For example, you can visit the Al Malaki falaj, which is said to be one of the oldest in the country. You can go for a hike along the falajs, which pass through farmland and palm groves.

However, we wouldn't recommend drinking the water. Even if it's hot when you're out on your hikes, resist the temptation! You can, of course, still dip your feet in to cool down. Also, since these falajs are often fed water from wadis, you could easily climb up a few kilometres to the source.

During your trip to Oman and as you are exploring the province of Ad Dakhiliyah, why not make the most of the numerous geological and archaeological sites on offer?

The first site you simply cannot miss is the Al Hoota cave. It is located to the south of the Jabal Al Akhdar mountain range. To get there, you have to go to the town of Al Hoota. Here, after walking for a kilometer underground, you will come across an underground lake that is fed water directly from the wadi. This underground lake is home to many rare species of fish, in particular blind fish that can easily be seen from the water's edge.

If you're into your history, head down to the Salut archaeological site. There you will find remains from the Iron Age, with walled enclosures that were very sophisticated for the time. You will also notice there are more falajs here, and they were already used a great deal at the time. 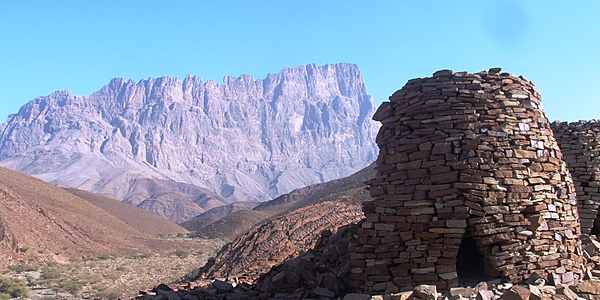 Finally, the province of Ad Dakhiliyah also has a large archaeological site – the Zakeet tombs. Located high up, these tombs date back to the third millennium BC. They sit at the very top of the hills, above the villages, to warn off any potential invaders.