Nizwa: the capital of central Oman

Nizwa is a city not to be missed on your trip to Oman. Between a traditional city and one surrounded by activities for tourists, it's a must-see place, full of surprises.

Nizwa was the capital of the country in the 6th and 7th centuries. Today, the city is known for its fort, built in 1650 and widely regarded as one of the most beautiful in Oman. Nizwa is a dynamic city constructed on the edge of the Al Abyad wadi. It houses a magnificent souk, surrounded by ramparts, just like the city's fort. Don't hesitate to go and have a look around there to discover or rediscover the scents of the Orient. 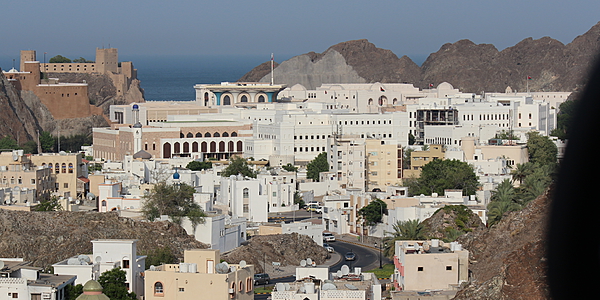 Nizwa is also known for the Sultan Qaboos Mosque, which is today one of the oldest mosques in the country. You can visit it outside of prayer times, whilst respecting the places and customs which are linked to it.

During your visit to Nizwa, don't hesitate to pick up some dates. Indeed, the city is known throughout all the country for its date production. It's a blend of flavours typical of the Middle East, which is easy to bring back as a souvenir.

Between the green mountains and canyons of Arabia

Nizwa is located approximately 1h30 from Muscat, but it's also very well-placed for other activities in the centre of the country. In effect, at just 2 hrs' drive from Nizwa, you can reach the "Grand Canyon of Arabia", which reaches approximately 3,000 at its highest point. There, you can find yourself on the roof of Oman and appreciate the magnificent view which nature has to offer.

At the same distance, you can also reach Jabal Akhdar. Also called "green mountain", it's an exceptional place, a mix of arid mountains and overflowing cultivation.

If you want to discover new architectural sites, don't hesitate to visit Bahla, just 30 minutes' drive from Nizwa. There, you'll discover the town's fort, a UNESCO World Heritage Site. The town is also known for its witches and black magic: for each of you to judge!