Visiting Mexico City and its surroundings

It's not possible to go on holiday to Mexico just to sunbathe on the beaches at Cancún or Acapulco. You need to spend several days in Mexico City and its surroundings.

A sprawling capital, enormous and enveloping, Mexico City annually competes with Tokyo and São Paulo for the title of the most densely populated city in the world. With 20 million habitants, it's as if one third of France was living in a single town. It is often said that an entire lifetime is not long enough to discover Mexico City. There's so much to see. In the middle of the countless wonders, go to the historic centre. Sit down in the Zócalo (the 3rd largest square in the world) and admire the National Palace, the Government Palace, the sumptuous cathedral and Templo Mayor. Also stroll along the adjacent streets such as the Moneda street and the Madero street. You will come across charming squares and small, pretty churches. From the top of the Torre Latinoamericana you will have an incredible view over the whole town, including the splendid Palacio de Bellas Artes. Also see the Monument to the Revolution and the countless museums. It's impossible to mention them all but don't miss out an entire day visiting the fascinating National Museum of Anthropology. 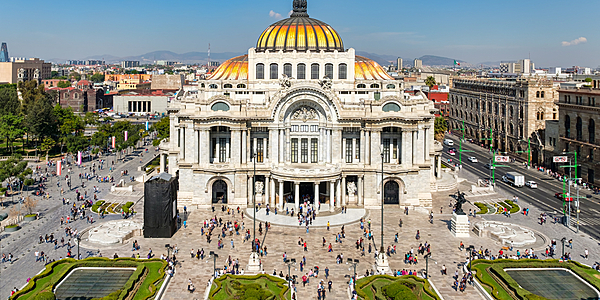 ©
Shutterstock
North of the capital

The must-see site near the capital is the archaeological site of Teotihuacán. The pyramids are part of the UNESCO World Heritage List A 1 hour bus journey from Mexico City, it's a must-see.

You have to to go Tepotzotlán, the pretty town with a colonial character, for the Virreinato National Museum.

Tula is also an interesting stop-off. More than the site itself, the venue is especially justified by superb landscapes. 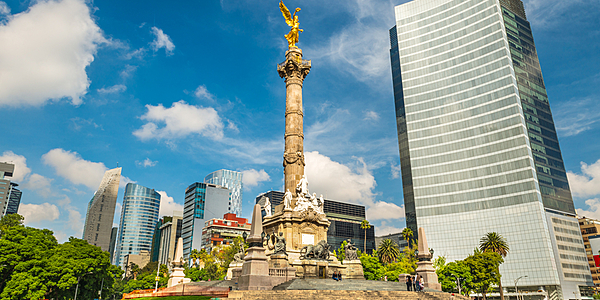 South of the capital

Part of the UNESCO World Heritage List, Xochimilco is an opportunity for a small cruise trip on pretty canals which go to middle of magnificent fields of flowers.

Over the years, Cuernavaca has become a holiday destination for the capital's rich inhabitants who come here at the weekend. If you prefer the prettier, more typical and authentic village of Tepoztlán.

Located at the top of a hill, Xochicalco is a splendid archaeological site that is not yet well-known but just needs more fame.

Taxco is one the the country's prettiest towns. It's completely overrun at the weekend, so try to come during the week.

Puebla is without doubt at the top of Mexico's nicest cities. It is superb, full of colonial and architectural treasures and splendid churches, and you can taste camotes (delicious confectionery) and of course the famous mole sauce known throughout the country thanks to its delicious and unique cocoa sauce. To see the enormous and famous Popocatépetl volcano, you must get up before dawn before it disappears in the clouds. You can see it from Puebla but ideally you should go to Cholula or Atlixco.

©
Shutterstock
Adventures on board the El Chepe train
More articles