The best time to travel in Mexico

It's best to visit Mexico during the dry season, even if the rainy season downpours are less frequent and heavy than other destinations. Avoid the stifling heat of May and, if diving is on your itinerary, plan to go between February and June.

Jan
Feb
Mar
Apr
May
Jun
Jul
Aug
Sep
Oct
Nov
Dec
The best time to visit Mexico is during the dry season, from November to April. Between June and October the rains are frequent, short-lived and won't stop you from enjoying most regions. May is dry but really hot - not the best time of year to visit. You'll find that the climate varies according to altitude. Winters are cold and days short in mountainous regions, whilst the southern lowlands are hot all year round. Overall, if you're planning a trip to this Mayan homeland, choose the dry, pleasantly warm periods.

Customize your perfect trip to Mexico 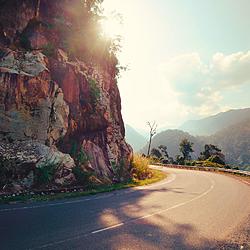 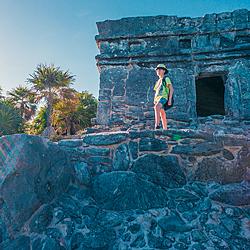 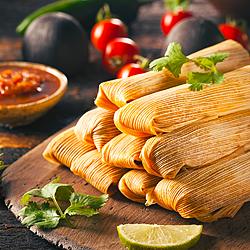 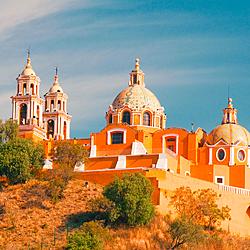 Mexico off the beaten track

Jan
Feb
Mar
Apr
May
Jun
Jul
Aug
Sep
Oct
Nov
Dec
Who hasn't dreamed of seeing Tijuana's deserts and stunning surroundings? Head along Mexico's amazing Transpenisular Highway and randomly follow side roads to discover little, mountain villages. Baja California is 1,200km of stunning scenery and majestic sunsets. But be warned, in summer the temperature can soar to 50°C/122°F in southern parts. So it's best to go between November and April ...or head to the hills!

Jan
Feb
Mar
Apr
May
Jun
Jul
Aug
Sep
Oct
Nov
Dec
Mexico is a great country for hikes and treks. By foot or on horseback it's perfect - Copper Canyon is one to put on your list. You can also easily tour by all terrain bike. Go for a horseback ride up the Oaxaca mountains and explore the country's dormant volcanoes. Seasoned hikers will enjoy taking on the challenge of Baja California's Sierra de la Laguna. Go between November and April when it's neither too hot nor rainy.

Jan
Feb
Mar
Apr
May
Jun
Jul
Aug
Sep
Oct
Nov
Dec
Enjoy white, sandy beaches and spectacular sunsets. This region is for nature lovers and travellers who want to explore small fishing villages interspersed with stunning bays. You can also spot dolphins and whales here! If you want to party, the area is dotted with resorts. Winters are mild and summers hot - apart from the rainy season between June and September, you'll be met with great weather.

Jan
Feb
Mar
Apr
May
Jun
Jul
Aug
Sep
Oct
Nov
Dec
The Yucatan is one of the highlights of any trip to Mexico. Here you'll be plunged into the world of the Maya and explore tropical rainforests to the sound of Howler Monkeys. Birdsong fills the air and you can also find some great diving spots along the coast. The best time to visit the Yucatan is from December to March, during the pleasant, dry season.

Jan
Feb
Mar
Apr
May
Jun
Jul
Aug
Sep
Oct
Nov
Dec
The North of Mexico has the mildest climate. You can pretty much go any time of year, although it does rain a lot from July to September. If you feel the cold easily, avoid February and March, when temperatures are at their lowest, albeit rarely below 5°C/41°F. It's here, in the North, that you'll find some amazing, sunny, colourful, colonial towns, not forgetting Chihuahua, the country's biggest state, as well as the buzzing city of Monterrey. History fans and desert lovers will adore the North of Mexico.

Jan
Feb
Mar
Apr
May
Jun
Jul
Aug
Sep
Oct
Nov
Dec
To not go diving in Mexico is almost unforgiveable. The Caribbean coast is home to the second largest live barrier reef in the world. Rub up close to colourful, tropical fish as well as dolphins, whales and sea turtles. Dive in the warm, clear seas of Banco Chinchorro or Isla Mujeres and weave your way around the coral banks of Bahias de Huatulco. If diving is your passion then you musn't miss the island of Cozumel, one of the best dive spots in the world. Best to go between February and June.

The Centre and Mexico City

Jan
Feb
Mar
Apr
May
Jun
Jul
Aug
Sep
Oct
Nov
Dec
March and April as well as October and November are best for touring central Mexico and Mexico City. You'll avoid the rains and you won't feel too hot whilst touring the country's cosmopolitan capital. It's a charming place, full of lively markets and streets, with plenty of parks in which to relax. And it goes without saying that it's a great departure point for visiting local, archaeological sites; the temples at Teotihuacan are a must!

Jan
Feb
Mar
Apr
May
Jun
Jul
Aug
Sep
Oct
Nov
Dec
Between mountains and deserts, sits the huge plain of El Bajio. Stopover at Querétaro to see its old quarter, complete with colonial architecture and baroque fountains. There's also Guanajuato and its blend of impressive civic and religious architecture. Its houses are brightly coloured and its people cheery. Sitting at 1,500m high, you can go during the dry season, including May, without suffering from the heat. At the same time, avoid the rainy season from June to October.
70 contributions