Adventures on board the El Chepe train

Welcome on board the El Chepetrain, a locomotive which covers 650 km between the states of Chihuahua and Sinaloa. During the journey, you will go in search of inhabitants of this area of the country and the sensational environment! An adventure to add to your itinerary!

El Chepe, also know as Chihuahua Pacifico, is the only train for travellers from Mexico. Across the 650 kilometres of railway line that it covers, majestic landscapes pass before your eyes. Indeed, it crosses the Copper Canyon, called the Barranca del Cobre by Mexicans. This is located in the north-west of the country, in the state of Chihuahua and in the chain of western Sierra Madre mountains.

Across the nearly 700 kilometres of travel, there are about fifteen stops. The main tourist attraction cities are Creel and Divisadero. They are the two tourist cities along the journey. The first is a village of Sierra Tarahumara. There you will find a lot of local crafts and souvenir stalls. As for Divisadero, it's the main attraction, because there you will find the panoramic viewpoint to observe the profound Copper Canyon from above. The village of Divisadero is located 2,400 metres above sea level, I'll let you imagine the view that you'll have over the Canyon. The latter is four times lager than the famous Grand Canyon! Starting from the city of Chihuahua, it's the city of Los Mochis where you will land after travelling the entire 650 kilometres, the 37 bridges and 86 tunnels of the journey. This is the city of arrival in the province of Sinaloa. 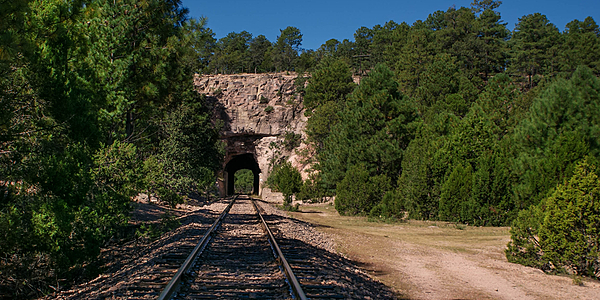 In addition, the area crossed is inhabited by the Raramuri race. It's one of Mexico's oldest native communities. The Raramuri community is also known as Tarahumara. Amongst others, this is the community that travelled miles barefoot! Their culture is still very well preserved due to its number of members. There are approximately 50,000 of them! Contact with tourists has happened naturally since the construction of the railway line. It stops off very nearby to Tarahumara villages. A great opportunity to exchange with them and get to learn more about their culture.

Finally, a trip on the El Chepe train is an excellent opportunity to get off the beaten track. Few tourists venture there. It's possible to do the excursion in a day, or more. However, you can sleep on site if you wish.