Azraq, the town of Lawrence of Arabia

By going east from the capital Amman, after having passed the castles Qasr El-Kharana and Qasr Amra, you'll arrive in the town Azraq.

Following the footsteps of Lawrence of Arabia

Even though the town of Azraq is not the most touristy in the country, it can be very interesting to come here during your trip to Jordan if you have enough time in front of you.

Also named 'the oasis of Lawrence', Azraq hosted the famous Lawrence of Arabia in its old castle. It's probably due to him that you'd make the journey here. Let's be honest, it's not the most beautiful place in the region but it's essentially because Lawrence of Arabia stayed here from 1917 that tourists are eager to discover certain places, such as the room where this celebrity slept during his time here.

Finally, you'll quickly realise that besides its illustrious inhabitant, Azraq is not as interesting as you may believe. That place that you absolutely must visit is the Azraq Wetland Reserve. You'll learn here the the Azraq oasis is currently facing the same fate as the Dead Sea as its levels are decreasing dangerously. Walking amongst the reeds all around you, you'll have the chance to observe buffalo as well as birds like herons, egrets, cranes, pelicans and pink flamingoes. 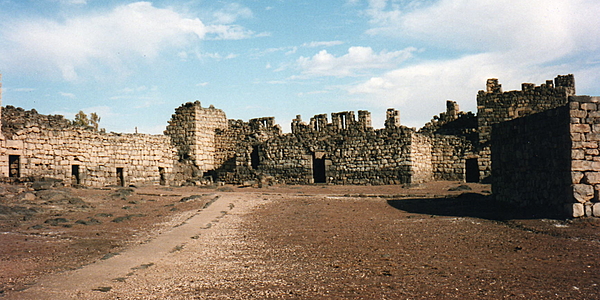 How to get there

To get there on public transport there's no other choice than leaving from Amman. From there you risk encountering a few difficulties to find a vehicle going directly to Azraq. It's more likely that you'll find a bus to Zarqa. From there you can change again for one to Azraq.

If you have your own car you won't have any difficulty as the road is in good condition. If you don't want to drive you can hire one with a driver, but that quickly becomes quite expensive. If there are several of you, you can also get a taxi and share the costs. In this area, hitchhiking also works quite well.