Authentic promenade in the districts of Kadiköy

Like the inhabitants of Istanbul, take the ferry and head to Kadiköy. You will quickly discover that it is a "centre" enriched by numerous migrations. Orthodox and Christian churches, mosques and synagogues all stand alongside each other. But Kadiköy is particularly charming because of its shopping streets and its exuberant population. It has asense of freedom, reinforced with an almost omnipresent view of the Marmara Sea.

The region of Kadiköywidely spreads across the eastern bank, but it's in the streets next to the port where you will particularly be amongst the crowds and experience their energetic rhythm. It's best at the beginning of the night to appreciate the area's magic. Without a plan or compass, you should discover Kadiköy at random. Take the market streets, for example. Savoury and sweet delights grab your attention when passing.

Sellers won't hesitate to call out to you... in Turkish, of course! So take advantage of it and fill your basket with ripe fruit and vegetables, fresh cheeses, delicious olives, multiple treats to snack on or local pastries. A part of the street is devoted to fishmongers, another for grocers, etc. They are all worth having a look at, even if it's just for pleasure. A few hardware shops sell black soap and all kinds of fragranced plants and oils. Finally, at the back, there are clothes stalls. Beware of counterfeit products! 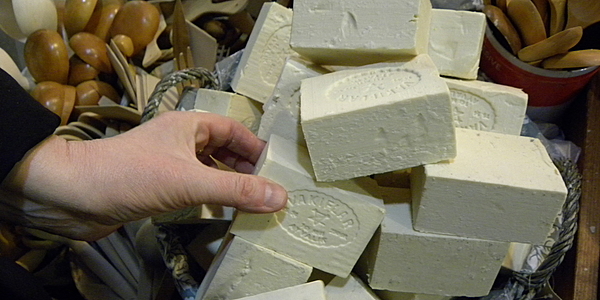 In one of the market's neighbouring streets, you will be able to eat in a fish and mezze restaurant. Although the prices might seem slightly high, it's not just for tourists. See if you like the atmosphere. If not, follow the smell of narghile which will lead you to the bars. When there's a match on, the terraces are overcrowded, particularly if Fenerbahçe are playing. It might be the chance to have a drink with lovers of the national sport and to get to know some of the charming locals. A little further away, you will be in amongst the youth and rock'n'roll population of Kadiköy. There are many second-hand clothes shops, tattoo artists and other bars there. In the current political climate, Kadiköy seems to be a small corner (amongst others) which is resisting!

Walking around the waterfront

Kadiköy is surrounded by the Sea of Marmara. So, take advantage of the fitted-out seafront to increase the walks. You can't visit the whole of the region on foot, but stop off in a district, the seafront is never far away. In Kadiköy, the magnificent Haydarpasa station, dating from the beginning of the 20th century, particularly attracts your attention when you approach it from the quay. In the same area, the covered market have a charming style of the 1900's. Carry on to the surrounding area of Moda and admire the quay, transformed into a lovely restaurant on the water.

Football lovers will appreciate the magical stadium of Fenerbahçe, located in the district of the same name. For the others, not far away you will find the Bagdat Caddesi : a commercial avenue often compared to the Champs Elysées. Finally Caddebostan (as well as Suadiye) has long been known for its beaches and today has magnificent villas to admire. At the weekend, Istanbul families come out and enjoy the green areas for a picnic, some even bringing their own barbecue... How exciting!

Moda is one of the districts of Kadiköy. You can easily get to it along the waterfront from the quay, or by skilfully walking down a few shopping streets. You can also jump on the authentic red trams (similar to those in Taksim) which link Kadiköy and Moda. In this district, which is mainly residential, you will be charmed by the smells of fig trees and the café terraces on narrow street corners. Numerous artists and Turkish celebrities live in this area.

Go into Baris Manço's house, one of the biggest Turkish singers. Known for performing Anatolian rock, the idol has an extraordinary universe conserved between the walls of his former house, which has been transformed into a museum. Incredible stage outfits and personal objects are exhibited there. A totally different cultural visit, during your trip to Turkey To enjoy the fresh air, go to the Bomonti garden, located opposite the sea. You will admire even more the gems of the European shores which emerge in the distance like a mirage. Don't be surprised to hear French being spoken... Indeed, Moda is home to the Saint-Josep lycée, built in 1870.