From Trabzon to the Sumela Monastery

Visiting Trabzon means following in the footsteps of Marco Polo: this port on the coast of the Black Sea was chosen as the capital of the Empire of Trebizond in mediaeval times because of its strategic position as a trading post. Apart from its economic importance, the city was a place of pilgrimage for a very long time for Orthodox pilgrims on their way to Sumela.

If you follow the different periods of history, Trabzon is perhaps one of the best records of the upheavals that have marked Istanbul. It was a stage on the Silk Road and a major port. This halt for the caravans and merchants profited for a very long time from a flourishing economy. The decisions taken in the capital were rapidly transposed to this coastal city. The only exception? Its capture by the Ottoman Turks, nearly ten years after the fall of Constantinople.

An amusing fact: there is a second Hagia Sophia (Saint Sophia) Museum in Trabzon: a picturesque church was converted to a mosque and, later, a museum, just like its counterpart in istanbul.

Trabzon also has the only football team supported by the whole country, Trabzonspor - a source of pride for the locals.

However, relations and similarities ceased when the city was hit by economic crises: the Iran-Iraq War, both countries being trading partners, put an end to the trade route, Trabzon received very little support from Ankara and the Russian financial crash of 1998 finally destroyed what was left of the port's business. This ultra-nationalist city has gradually recovered over the last ten years, but the consequences of the years of depression are clearly visible in the city centre. 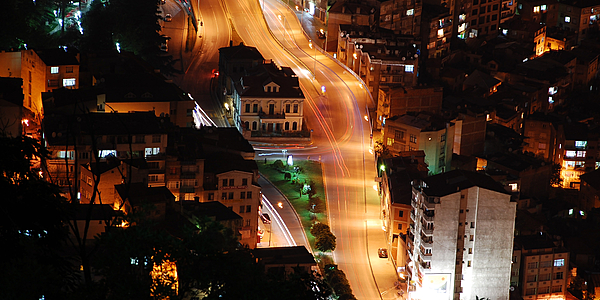 The religious history of Trabzon is somewhat less than glorious apart from the Sumela Monastery: built by two Athenian priests, Barnabas and Sophronius who are said to have found an icon of the Virgin Mary in a cave in the cliffs. It was later preserved by the Byzantine Empire and then placed under protection by decree of the Islamic Ottoman Empire. Protectorates of Christian monuments by the Ottoman sultans were rare. It just managed to survive the eradication of the Greek and Armenian Christians from the region in 1915. The monastery fell into ruins many times during the course of history but strangely, it was its abandonment at the end of the First World War which had the biggest effect on its conservation.

Today it is a museum and you can drive there or walk there from the entrance to the Altindere National Park, near Maçka. Several flights of steps, making it inaccessible to anyone with a mobility problem, lead to the courtyard of the monastery which stands over the region.

It's best seen in the morning light, which is also when there are fewer coachloads of tourists... Once you're within the walls, it's easy to see the many influences of different civilisations on its architecture. Greek orthodox frescoes sit side by side with fountains of Ottoman inspiration. The many relics given to the monastery over the centuries were often pillaged, but some are exhibited in Ankara. The effects of vandalism can also be seen on the frescoes, which have often been desecrated by travellers with carved inscriptions in many languages, making Sumela a religious place that has been altered by nearly every culture in the world.

Please note: if you're there for the 15 August, you can't access Sumela without the permission of the Orthodox Patriarch. A service has been held every year since 2010 during which pilgrims from all over the world come together, as they did in the golden age of the monastery.