The surprising beauty of the Turko-Syrian border region

Southeast of Anatolia are five provinces lying on the border with Syria: Hatay, Gaziantep, Kilis, Mardin and Şanlıurfa. These regions are scenically beautiful and inhabited by a noble population of friendly and hospitable Kurds. In Turkey's east there are towns and cities to be found that were once important in the trade that took place between the region and Asia Minor and whose origins may date back anywhere from as far back as 2000 BC through to around 600 AD. The general atmosphere and ambiance of these towns and cities makes them perfect places to visit if you want to really discover the country: the locals will invite you for cups of tea, and – speaking little or virtually no English as they do – it is the universal language of facial expressions and smiles and a real desire to communicate that will end up breaking down all the barriers. You'll be left with some real questions to ask yourself when you return home.

Just like many other of the world's border regions, this can be a dangerous region. But given the current situation in Syria, there are additional precautions that need to be taken when visiting this part of the world. Despite everything, however, this is the region that I found most captivating and which left the greatest impression on me during my trip to Turkey. So don't be reluctant to come here. Turkish towns and cities are more peaceful than certain European towns and cities. Make sure you don't miss out on the opportunity to see and explore these places and enjoy these wonderful encounters and experiences.

Gaziantep is a richly interesting and nationally well-known region. Any self-respecting Turk can tell you that if you want a good baklava (a traditional sweet pastry), there is no better place to come. The city is also strongly associated with two other things: pistachios and the famous mosaic of a gypsy girl. Gaziantep is playing an important role in receiving large numbers of Syrian refugees, and NGOs are working in the city to take care of the Syrian children who cross the border each day in order to be in a stable environment, at least during the daytime.

Şanlıurfa Province has an emblematic attraction of a completely different kind: Halfeti, where you can see minarets sticking up out of the water. This is an interesting place to visit because you find you're the only tourist around when you do so, which makes it feel as if you're walking around a film set: perfect if you enjoy trips to places off the beaten track. It is quickly gaining in popularity as a diving site however, and it's quite possible that visitors will be coming here in ever-increasing numbers a few years' time from now.

Another place that is not at all well known in the West is Hatay Province, which at the time of the Ottoman Empire was actually part of Syria. Unlike in the west of the country, the Mediterranean coast area here is not heaving with tourists. It is potentially the perfect place for you to stop at for a short break when exploring eastern Turkey. Another region to visit is Kilis, a charming region with its wild, natural landscapes, its mountains, and the presence of Canpolat Mosque: one of the earliest Ottoman buildings ever constructed. And lastly, there's Kuzeyne, an old town with a Byzantine-influenced fortress all around it and where you'll probably find yourself welcomed with open arms. 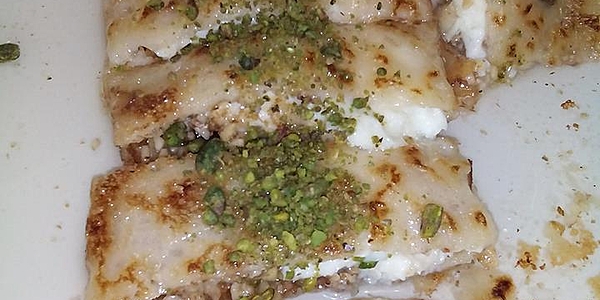 Near the borders with Iraq and Iran lies a place that is both very well known and very popular in the east: Van. With its eponymous lake and a landscape bordered by huge, snowcapped and/or pine-covered mountains, this area is well worth the trip to see. Van is a quiet, peaceful town and the area around the lake shore is very pleasant, with many places to go walking and various restaurants located there.

Doğubayazıt is a small city surrounded by mountains lying close to border with Iran. With its mosque and its position high up on the edge of a steep hill, the Ishak Pasha Palace is unexpectedly beautiful. And once there, there are views of Mount Ararat and out over a plain dotted with black sheep to enjoy. And finally, 25 kilometres from the town of Cizre and close to the border with Iraq stands the magnificent Mount Judi, where you'll find plenty of opportunities to go hiking and explore the natural environment of eastern Turkey.

But geographical borders are not the only kind of frontiers to explore. There are also wonderful and astonishingly easily crossed gastronomic and linguistic frontiers too. Eastern Turkey is home to a range of irresistible sweet and savoury specialities such as "çorba" (a kind of soup flavoured with lemon), "künefe" (wiry shreds of wheat covered in cheese ) and yoghurt. Yo should also try the specialities of each of the border regions, such as Baklava in Gaziantep, the ice cream of Kahramanmaraş (famous for being the first city to invent ice cream), the "bici bici" of the Hatay region (ice cream and syrup), and "şıllık", the speciality of Şanlıurfa. The real challenge lies in pronouncing these names correctly when the time comes to order dessert!

Breaching the barriers that separate us from each other is what the joy of travelling is all about.