Bangkok is the city of superlatives. During your trip to Thailand you'll realise that nothing is exaggerated. Bangkok is the biggest Asian megalopolis. However long you spend there, it won't be enough to discover the full city. A entire lifetime wouldn't be enough.

Gigantic, enormous, hectic, all-consuming, bewitching, no superlative is sufficient to perfectly describe Bangkok. You'll discover throughout your trip to Thailand that the city deserves an entire lifetime to even hope to know it well.

Even its name seems to be infinite. For the story, know that the city has the longest name in the world. If you want to learn it, take a breath and repeat as follows "Krung Thep Maha Nakhornn Amon Rattanakosin Mhindraytthaya Mahadilokrop Noparatana Rajdhani Buriram Udon Rajnivet Mahasatan Amorn Pimarn Avatarn Satit", which means "Big city of angels, supreme altar of divine jewels, invincible fortress, vast and sublime kingdom, royal unique capital of nine noble jewels, magnanimous residence of the monarch". Not easy to remember, so be content with "Bangkok".

Bangkok is a city with over 8 million inhabitants. 10% of the Thai population lives here. Faced with the immensity of the packed streets, the time when Bangkok was just a little fishing village seems a long time ago. 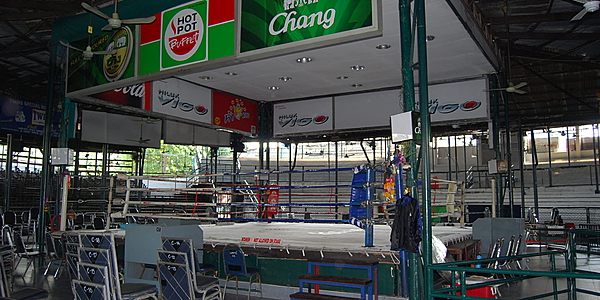 Starting your visit of the capital, you'll quickly be amazed and you'll want just one thing: to see everything. This wish is completely unattainable as the city is so enormous and rich with sights. Even if you live there, you won't be able to know it fully. So make the most of your trip to see the maximum possible.

The city is so large that you must visit it district by district. Amongst the must sees, there are some trips that you must absolutely put on your schedule. Bangkok is full of treasures. For example you can start by going to Wat Phra Kaeo and the Grand Palace. You'll need a good half a day to appreciate this amazing site to the maximum. A little further afield, Wat Pho is definitely the most famous temple in the city with its enormous reclining Buddha, 45 metres long and 15 metres tall. In this area you also mustn't miss Wat Mahathat, Wat Arun, Wat Saket, Wat Suthat, Wat Rajabophit or Wat Ratchanadaram. Lovers of temples will be overwhelmed!

Immersing yourself in the Chinatown district will take you down streets which are even more hectic than the rest of the city. As if that is even possible! In the same way, the Indian district is comparable. Bangkok is a city spread over water. Travelling down the Chao Phraya river will give you a glimpse, but nothing can compare to a several hour long cruise in the khlongs where you'll go to floating markets whilst seeing an unexpected side to the city.

Amongst the other visits which are worth the detour in Bangkok, there is for example Wat Benjamabohitr, Jim Thompson's house, Siam Ocean World, the Bangkok Arts and Culture Centre, Suan Pakkad Palace, Chatuchak Park, Lumphini Park (besides which you can find the famous boxing ring where the biggest fights take place), Kukrit's Heritage Home or the Siam Niramit Show.

At nightfall, you should do like all travellers and go down the Kao San Road. It's the best known and craziest street in Bangkok. Everything can be found here, to the extent that it seems possible to live here with no need to go out. Completely insane, it also shows the more immoral sides of the city.

Fans of Thai boxing, and those who aren't as it's a show not to be missed, will go to the biggest rings where the best fights take place. Here you must choose the Lumphini Boxing Stadium or the Ratchadamnoen Stadium.

As you can see, several days are required to see the essential parts of the giant Asian megalopolis.

©
Phuket@photographer.net
The northern mountains, a paradise for trekkers
More articles