Built by the Portuguese in 1588, and later on fortified by the Dutch, Galle Fort is one of the most colorful and multicultural places you can visit in Sri Lanka. It is a historical, archaeological and architectural treasure, regarded as one of the modern wonders of the world. Galle Fort is also a UNESCO World Heritage Site and the largest remaining fortress in Asia built by European occupiers. It is described as: "an urban ensemble which illustrates the interaction of European architecture and South Asian traditions from the 16th to the 19th centuries." Exploring Galle’s heritage during your stay in Sri Lanka will enrich your knowledge on the country’s history and will leave you with incredible memories! 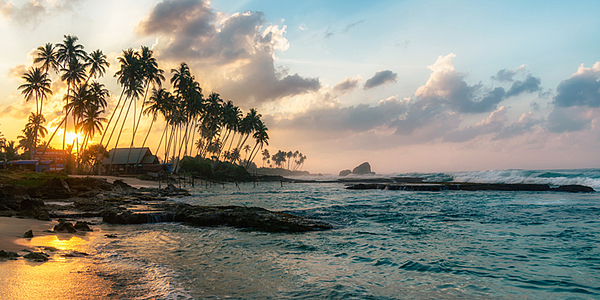 ©
Shutterstock
In order to feel the vibrant energy of the city, we would recommend to keep your eyes open because adventures await you at every corner. You can wander through Galle’s narrow streets and immerse yourself in the local’s life, explore the former colonial houses, old churches, and temples that make the city so authentic, so charming. Galle has been known to explorers and traders since the 15th century. It was when the Portuguese arrived in 1500 that the port became a strategic stage on The Spice Routes (Maritime Silk Roads). The Spice Routes is the network of sea routes that link the East with the West where spices among other goods such as ivory, silk, porcelain, metals and gemstones were sold and exchanged. As early as 2000 BC, spices such as cinnamon from Sri Lanka and cassia from China travelled along the Spice Routes to the Middle East. Besides trade, the most important exchange was the exchange of knowledge - people learned about various religions, languages, exchanged expertise and valuable skills. With every ship that left the port, knowledge was transported to another destination. 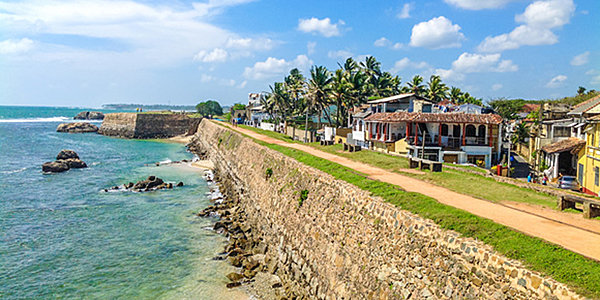 If you want to experience extreme tranquillity and get the most out of the city, go early in the morning before the crowds flood the city. Galle cannot be compared to other cities - it is a magical place, a journey back in time. Away from the surrounding hustle, it carries a Hispanic ambiance with its pastel-coloured houses. As you enter the fort by the main gate, head up Main Street which runs straight as far as the ocean. Take a look at the typical colonial architecture of this street with its beautifully restored, colorful houses. At the end of the street, go up to the promontory which leads to Flag Rock facing the sea and enjoy the view across the entire Galle Bay. Walk along the ramparts towards the lighthouse until you get to the magnolia walk. You can find a little beach, loved by the locals. Go up Hospital Street towards the Aurora Bastion and stop at number 22. It is the place where the Swiss writer and traveller Nicolas Bouvier stayed during his travels in Sri Lanka. If you continue towards Queens Street, you'll get to the former residence of the Dutch governor. If it's not too hot, you can climb up and take a walk on the city's old ramparts. You will be blown away by the sight of the ocean. There are several bastions that are worth checking out: the Zwart or Black Bastion, the Triton Bastion and Point Utrecht Bastion. 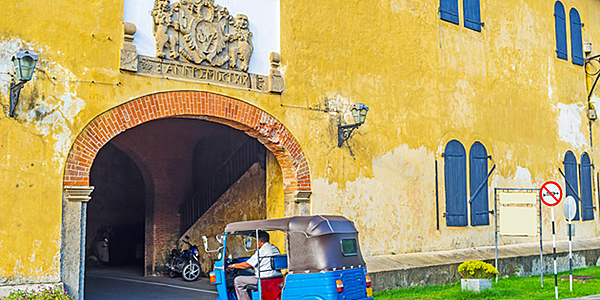 If you want to hide from the heat for a moment, you can visit the city's old houses. Most of them have been turned into restaurants or little cafés where you can enjoy a glass of freshly-squeezed fruit juice. The interior of the houses is often as impressive as the exterior. After you rest for a bit, you can continue exploring the beautiful city. 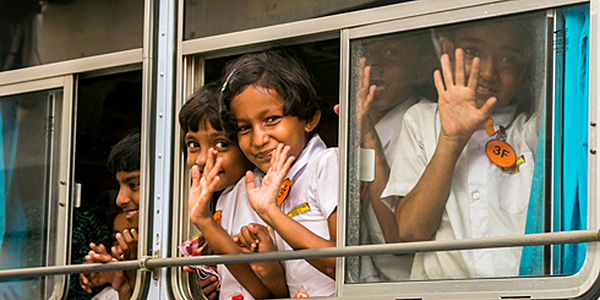