Sigiriya is an ancient rock fortress in the Matale District near the town of Dambulla in the Central Province of Sri Lanka. The site was chosen by King Kasyapa (477 – 495 CE) to be his capital because he was attracted to its beauty and grandeur. He built his palace on top of the rock and decorated it with colourful, elaborate frescoes. On the side of the 200 metres high rock, he built a gateway in the form of a big lion - hence the name, the Lion Rock. After the royal palace was abandoned, it was used as a Buddhist monastery until the 14th century. Today, Sigiriya is a UNESCO World Heritage Site and one of the best-preserved examples of ancient urban planning. When in Sri Lanka, one should take his time to explore the surprises of Sigiriya besides its historical and archaeological heritage. 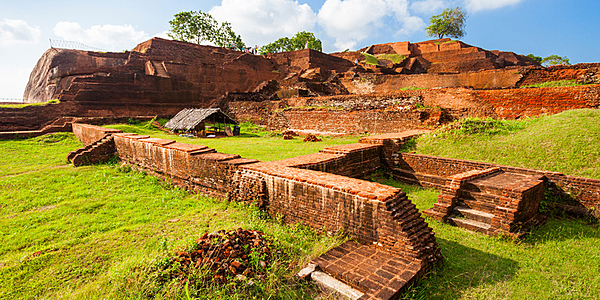 ©
Shutterstock
The Lion Rock is an iconic place recognised and cherished all over the world. If you want to make the most out of your time there, you should visit the site early in the morning to avoid the tourists and the excessive heat. Climbing Lion Rock might be quite challenging. The steps which lead right up to the top are dug out of rock and are all different sizes. Your legs might get a little bit tired, but when you reach the top, you will be mesmerized by the beautiful forms and colours. The efforts of climbing will pay off when you see the breathtaking view in front of you. If you are brave enough, continue climbing to the lion's feet, which are carved in the rock. On the summit you will see the ruins of the palace and will immerse yourself in the strong energy of the ancient place.

2. Sigiriya and Kimbisa on a bike 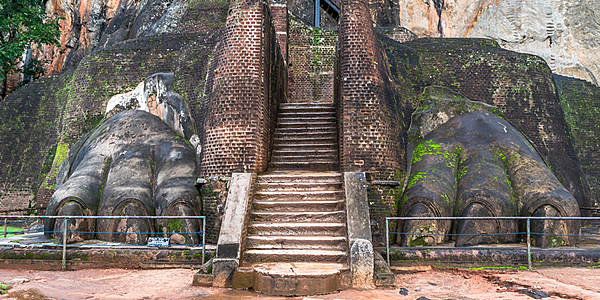 ©
Shutterstock
If you want to explore the countryside on another level, you can rent a bike and go around Sigiriya’s villages. Along the main road from Inamaluwa to Sigiriya you will meet a lot of locals, also on bikes, as it is the main way of getting around in the area. The countryside will quickly charm you: impressive nature and superb rice paddies which sway in the wind. Besides Sigiriya you can also go to Kimbisa, which is a town about 3 kilometres from the Lion Rock. You can wander around its alleys and admire the small brightly coloured houses. When you leave the town, take the little dirt road on the left and cycle to the magnificent temple of Sigiriya. You will not be disappointed. 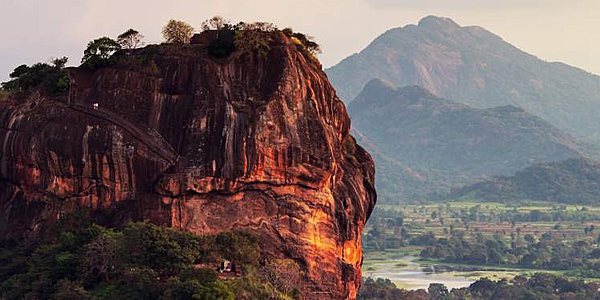