The port of Vladivostok, on a continent's edge

'The Ruler of the East', the name given to Russia's Vladivostok , has, for many a year, been the country's gateway to the Orient! You may well, as with many other visitors, arrive at the Trans-Siberian Railway Station. If not you can get there by plane. But the best way to arrive at Vladivostok is by boat, where you'll be plunged into the powerhouse that it's become! Fishing boats, Artic icebreakers, log-laden cargo boats from Sakhalin, merchant ships from China, Japan, or the US, anglers perched on jetties, Asian tourists, Westerners trying to get their bearings... The heaving port of Vladivostok feels unique and yet remains so Russian! It's here that visitors from the Far East and North arrive for a taste of the cosmopolitan life that you'll also find in Moscow and St. Petersburg.

On disembarking at the port of Vladivostok, you may well be surprised by the buoyant scenes that greet you on the docks, quays and surrounding streets. A maritime cul-de-sac, this town was once a quintessential Russian Imperial dream, a Sino-Japanese outpost and a strategic point during the conquest of Siberia. A restricted, military port, closed to foreigners during Soviet times, it suffered from the brunt of the defence industry's decline during the 1990's and became a criminal hotbed.

But with Putin's dream of creating a 'new Russia', the 21st Century saw the start of large scale reconstruction projects... Glass towers sprouted up between Soviet-style concrete blocks, whilst the futuristic Golden Horn Bay Bridge, which connects the two banks, was inaugurated in 2012. Welcome to Russia's San Francisco, complete with its own Golden Gate Bridge . Bars, restaurants, trendy clubs and a party atmosphere have replaced dowdy sailors' quarters. Tourists from China, Japan and Korea now flock to this new destination that was once closed off to the rest of the world . It's a crazy mix of urban buzz and contrasting styles, where rusty old Soviet ships sit beside gleaming, modern constructions - quite remarkable! 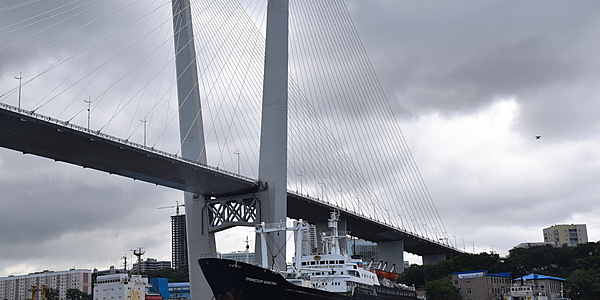 The Free Port of Vladivostok

On the 12th October 2015, Vladivostok opened its port for the first time since 1909. This has benefitted trade, duty free goods, the storage industry, as well as injecting life into the city. This year, all sorts of businesses have opened their doors in this port that once witnessed so much upheaval . With construction sites neighbouring old buildings and a sense of perpetual renewal, it's in a constant state of flux. The Free Port of Vladivostok will give you a taste of a city focused on economic growth, whilst also undergoing massive cultural changes. As with anywhere in Russia, you'll be able to tuck into some delicious borscht and pelmeni in Vladivostok. You'll also be able to sample the best sushi in the country, whilst enjoying a part of northeast Asia that's embracing a new lease of life.