If, during a trip to Russia you are travelling to Siberia, or close to the Trans-Siberian, you will inevitably be attracted by Lake Baikal. Before you fall body and soul for the cold waters of the lake, make sure you give yourself a chance to explore the region's best known towns: Irkutsk and Ulan-Ude.

A land full of history

When you leave Irkutsk and follow the banks of the River Angara (the only one which escapes from the lake) the village of Listvyanka appears on the shores of the lake. With Olkhon Island it is the most touristy part of the lake. The site is very attractive but unfortunately, the village's feeling of authenticity is disappearing with the growth of the tourist industry.

Around here the soil is full of the past. There are archaeological remains, palaeontological remains, the lake gives off an air of mystery. Olkhon Island is also covered with remains of the past, like the Kurikan fortresses, which date from before the Mongol invasions, and Shamanic totems. The waters are surrounded by myths and legends. Because Lake Baikal is THE sacred lake for the nomad people and Shamanic practitioners. As you arrive in Listvyanka there is Shaman Rock, which symbolises Baikal's anger when his daughter, Angara, escaped to join Yenisey. More pragmatically, this rock is used to measure the height of the water and you can see it from Chersky Rock which has been beautified by Buddhist prayer flags. 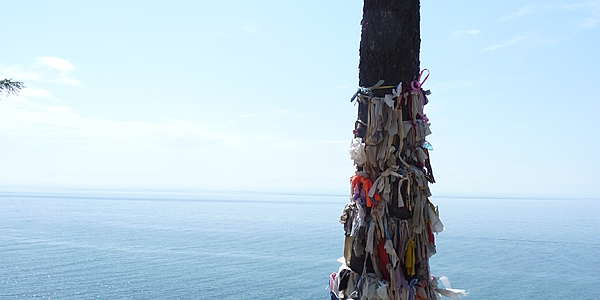 Baikal is a land of conquests. First of all by adventurers, like the Cossacks, then by the exiled intellectuals who explored, analysed and classified it. If you want to really soak up the atmosphere then wander up the lake's tributaries, or climb the beautiful mountains which give you fabulous views over the lake.

Once you've had your fill of this bluish beauty, take the time to stroll round the villages and try some of the smoked omul which the villagers sell from outside their isbas! It's a fish that is only found in the Baikal and it is very highly prized.

Lake Baikal and its surroundings are an important part of a trip to Russia. It has its own micro climate, which means there are animals and plants only found there (like the Nerpa seal). The lake is a protected area and the numerous parks and natural reserves ensure that the ecology of the site is maintained.

After admiring the Shamanic remains of Olkhon and Listvyanka, it's time to go to the other side of the lake which is even more authentic. Around Goryachinsk (Republic of Buryat), on the east of the lake, Turtle Rock (an animal venerated by Buddhists) will grab you. Further on the village's hot water springs are supposed to have curative properties. 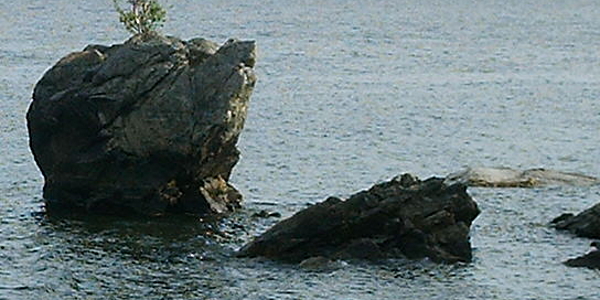 If you are going to travel further on, Lake Baikal is a transition point towards the Mongol territories because the Buryat people live both there and in Mongolia.