A day at the Hermitage

Welcome to the biggest museum in the planet in terms of number of works exhibited: over 60,000 pieces spread over some 1000 rooms... It's a giant that will make you dizzy. On an architectural level, the Hermitage complex is one of the high points of Saint Petersburg's neo-classicism. On an artistic level, you'll find some of the greatest works of European art there, from Rubens to Gauguin as well as Leonardo da Vinci. An uninterrupted view of art in Europe, a window to the 'Western' side of Russia, the Hermitage, due to the quality of its collections and the beauty of its interiors, is the number one visit to do in Saint Petersburg.

A jewel of the Russian Baroque in Saint Petersburg

Amongst all of the impressive things planned by Peter the Great during the construction of Saint Petersburg, the complex which now forms the Hermitage Museum is a major element. With its elegant and symmetrical lines, its rich ornamental details and its golden colonnades, this continuation of the neo-classical palaces which come one after another along the Neva River with their amazing green and yellow colours fully contributes to the splendour of this former Russian capital city. In total there are five incredibly splendid Baroque palaces which make up the museum complex, the most famous being the Winter Palace. Visiting the museum will first of all allow you to discover the remarkable interiors of this palace, with ornate, sculpted, decorated rooms in the highest taste of Western decorative art during the 18th and 19th centuries. 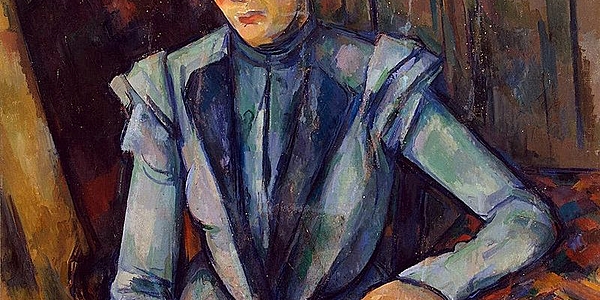 The Hermitage Museum holds masterpieces of European art which were acquired for Russia by tsars - and especially by Catherine the Great. Faithful to the very Western taste of Peter the Great, the tsar who built the city, the Hermitage was made partially into a museum in 1852 by Nicholas I. The number of paintings exhibited here is particularly dense, so dense that we talk about a Petersburg hanging to describe this style of painting presentation. As for the works themselves, it's 120 rooms of mainly classics from Italian, French, Spanish, German and Dutch painting up to 1917 that you can admire. The Portrait of the Lady in Blue by Paul Cézanne, the Madonna Litta by Leonardo da Vinci or Caravaggio's The Lute Player are some of the big names that rub shoulders with each other here.

A wide range of collections

As well as these classics of European fine art, the Hermitage displays an astonishing range of collections which make it, like the Louvre, a very complete classical museum. So you can admire an impressive collection of ancient and prehistoric objects, and particularly a remarkable Ancient Egyptian collection. The art objects from the Scythian culture are also amongst the most beautiful speciality pieces in the museum. You'll also discover a very good section dedicated to the arts and cultures of eastern peoples, as well as a selective collection of ancient Russian art.