Jebel Shams: at the summit of Oman

During your trip to Oman, Jebel Shams is a must-see place if you're looking for exotic new surroundings and scenery to take your breath away. For that, you have two choices: to stay in the canyons, or opt for the hike on foot to the highest point of the country.

Jebel Shams is also known as the "Grand Canyon of Arabia". It's easy to get to on foot, but also by car. For those who don't have the courage to hike for six hours, don't panic! The road is passible and it has been recently restored by the Omani government.

It's advisable to spend a night on site at Jebel Shams during your visit to Oman. Indeed, the canyons are located 220 km from Muscat. In order to really take advantage of the place, you should stay there a minimum of two days. Allow half a day for the canyon visit. Afterwards, you'll be able to enjoy other activities that the region has to offer, such as canyoning or bike rides. 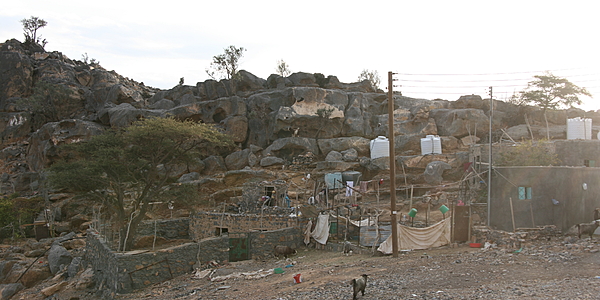 The climb to the roof of Oman

On the path, you'll come across a motel and also camp sites, and even an abandoned village.