Suzhou: what gives the Venice of the East its magical charm?

What could be better than creating a Franco-Chinese campus to strengthen the bonds between the two countries? That's what Skema, the French business school where I am a student, has done. I therefore found myself dropped into the Technological and Scientific Center at the beautiful city of Suzhou, located just thirty minutes from Shanghai by high-speed train, and hosting thousands of Chinese and international students. ﻿

Even though the city is surrounded on both sides by industrial zones and university buildings such as this one, which have made great contributions to its economic growth, the central part of the city has managed to retain its authenticity. When I first explored it, it was truly with a sense of wonderment. 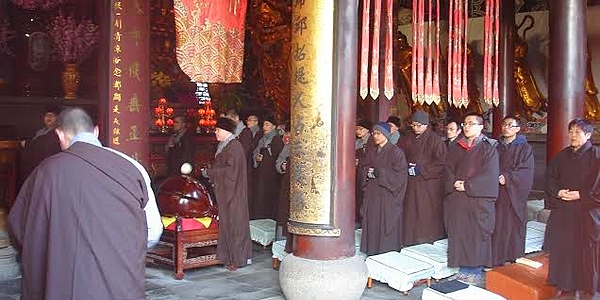 Teatime in a sumptuous garden or a long walk along the preserved canals?

China's "capital city of gardens," Suzhou, which is located in Jiangsu Province, is the location of no fewer than nine UNESCO-listed gardens. The garden of the Master of the Nets, the Couple's Retreat Garden, and the Garden of Harmony are remarkable examples of the Chinese flair for garden design.

The Liu Garden, or the "Lingering Garden," is particularly iconic and representative of China's classical private gardens, and combines magisterial elegance with a sense of calm. After exploring the garden, visitors will discover a very pleasant tea house at the far end. Once you have made yourself comfortable on the terrace, you'll be lulled by the gentle babbling of the water and the peaceful rhythm of Chinese music. Relaxed, far from the noise and bustle of the heart of Suzhou, you linger a little until you are late and can linger no more.

The Lion Grove Garden is a little different however. More "pebbled" than the city's other gardens, it is nonetheless one of the most beautiful gardens in Suzhou. A rocky labyrinth extends into the water to create a peninsula, and the effect is magnificent.

If, like me, you are desperately seeking the Humble Administrator's Garden and your shifu (your taxi driver, or "master" in Chinese) drops you at the Garden of Politics for the Simple Man, don't panic! You're at the right place - the garden simply has two names. It's one of the best-known gardens in the city, and indeed, throughout China. Right at the bottom of the garden, there is a superb spot that contains over 700 miniature trees. It's known as the "bonsai garden."

While Suzhou is the city of gardens, it is also very well known for its many different canals. For that reason, Marco Polo referred to it as " the Venice of the East. " The two cities are now twinned. To take a boat trip, there are several piers; the simplest way is to head for the pier that is located opposite the Garden of Politics for the Simple Man after a visit to the garden. Discovering the city's traditionally-built houses, while floating along the canals on a small barge while the pilot sings a traditional song is an absolutely delightful experience.

"In Heaven, there is Paradise: on Earth, there is Hangzhou and Suzhou."

This ancient Chinese proverb is not far from the truth. If Shanghai is the city of follies, Suzhou is the city of the good life, where you can come face-to-face with Chinese culture and take your time in doing so. A part of the city center is now very modern, with American fast-food chains every 200 meters and the same brands that you find in Paris or anywhere else. However you don't have to go far to find some exceptional places with a genuine authenticity to them.

The city's most famous site is Tiger Hill and you can easily spend a half-day there, because the walk makes such a pleasant contrast with the crazy pace of Shanghai. You also shouldn't miss the Temple Pagoda an the Hanshan Temple, where you may get the chance (as I did) to experience a Buddhist prayer live. Suzhou is also well known for its silk industry, with many workshops and mills. A visit to the silk museum is therefore a must, and I recommend that you visit the museum store to make sure that you buy genuine silk.

What could be more pleasant, after so much time spent seeing the sites, than taking a walk along Pingjiang Lu and Shantang Jie? These two streets are filled with bars, traditional shops, and many tea houses. You walk along the canal paths, enjoying the calm of the narrow streets and eventually give in to temptation, entering one of the pleasant bars for a cheesecake and a watermelon smoothie. (Admittedly, that's not very Chinese!) However, that's part of the attraction of Pingjiang Lu and Shantang Jie: they attract Chinese people out for a walk and western tourists who are suffering from culture fatigue (or just craving a sugary taste, which doesn't exist in Chinese culture), not forgetting the many Chinese students who are attracted by the neighborhood's hip bars.

To continue the theme of exploring watery cities, take a short trip to Tongli, an old market town typical of the wetland region of southern China. Finally, it seems essential to me to spend two days in Hangzhou, one of China's oldest cities and built on the shores of the sumptuous Western Lake. You'll enjoy the opportunity to tour the lake on a pedal boat, and I also firmly recommend that you reward yourself for your effort with a succulent skewer of caramel-covered strawberries of the kind that are found in all the city's streets.