Road trip from Perth to Esperance

Along with the United States, Australia is the perfect country for a road trip. If you want to flee the hordes of tourists that invade the east of the country, take the road which leads from Perth to Esperance. Fabulous landscapes and turquoise water are there to be discovered.

Margaret River and its vineyards

Renowned for its vineyards, a visit to the region of Margaret River is a must during any road trip between Perth and Esperance. You can visit the many wineries to taste delicious Australian wines and discover some very fine restaurants where you can try out the local dishes that are generally based on local organic produce. Once you have satisfied your stomach, head toward the nearby caves and visit Mammoth Cave, the best known and most spectacular.

Driving a little further south, you'll run straight into some immense beaches and renowned surfing spots. Head for the southwesternmost cape of the Australian continent: Cape Leeuwin, also known for its lighthouse. 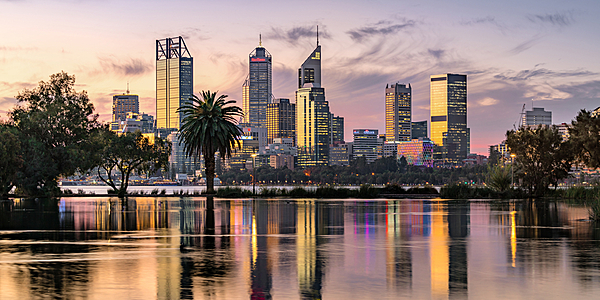 Geology buffs will be enchanted with this region. Like more or less everywhere in Australia, you'll find strange rock formations that seem to appear out of nowhere, eroded by the wind or the sea.

A few kilometres from Denmark, around a hundred large, rounded rocks that resemble the backs of elephants throne over the shore and the water. They certainly deserve their name - it is worth stopping off at these Elephant Rocks for a photo break and a dip in the sea. The region is the home of the karris, trees of the eucalyptus family that can reach 90 metres in height. You can climb the Marianne North Tree, tucked away in the heart of the Warren National Park or test the walkways between treetops in the Valley of the Giants.

Not far from Albany, in the heart of the Torndirrup National Park, Natural Bridge is one of these wonders of nature. A true natural bridge at the edge of a sometimes raging sea, you will be riveted by the sight of the waves hurtling against the rocks. It's a magnificent spectacle that you will not tire of. 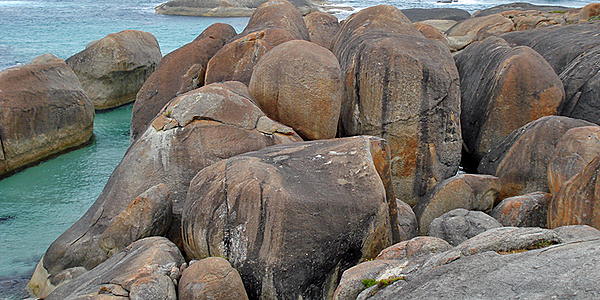 Esperance or the gate to paradise

Esperance is the gentle name given to this fishing village where a French ship of the same name landed for the first time in 1792. Located at the edge of Western Australia, this small fishing port is often overlooked by travellers.

Yet, the Great Ocean Drive which leads to Esperance is worth the detour. Here you will find the most beautiful beaches of Australia. The turquoise water and fine white sand are just waiting for swimmers. All the shades of blue as far as the eye can see. Among them you will find Lucky Bay, where kangaroos love to laze about, Blue Haven Beach and Twilight Cove. For me, the beaches of Esperance will remain the most beautiful that I have seen anywhere in the world, far beyond all the others.

Close to the city, you can visit Cape Le Grand National Park and climb the famous Frenchman Peak. Its name comes from its shape, which from a distance looks like a head wearing a beret. You can also see the Whistling Rocks there, strange rock formations which, depending on the strength and direction of the wind, seem to create a kind of whisper.