The vibrant districts of Buenos Aires

When you first arrive in Buenos Aires during your trip to Argentina and begin to explore the city, you'll notice the great diversity between the 7 vibrant and completely different districts. With over 2.8 million people living in the capital, you will be able to immerse yourself in the local life by visiting the following unique parts of the city: 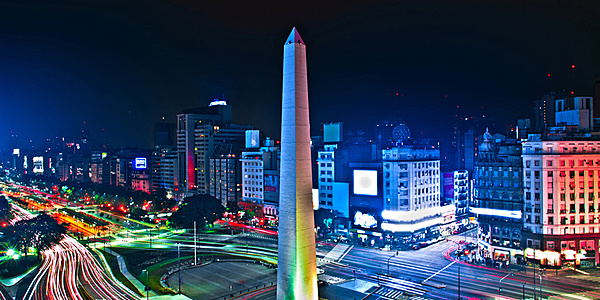 ©
Shutterstock
To get your trip to Argentina off to a great start, one option when you first arrive in Buenos Aires is to begin by exploring the capital's Centro District. This area is basically the heart of the city, with Plaza de Mayo right at its very centre. This is where the crowds always assemble at important moments in the country's history. By the square, you'll see the beautiful Catedral Metropolitana, which in 1580 was nothing but a tiny mud and straw church. You can also visit the Museo Nacional del Cabildo y la Revolución de Mayo (National Museum of the Cabildo and the May Revolution), the Palacio Municipal and the pink-hued Palacio de Gobierno. Other places to explore include the Museo del Bicentenario, the Illuminated Block (Manzana de las Luces), the Farmacia de la Estrella, the Librería de Ávila (the city's oldest bookshop), the National Congress, the Teatro Colón opera house, the Obelisco, and the avenues Avenida de Mayo (9 de Julio and Corrientes). 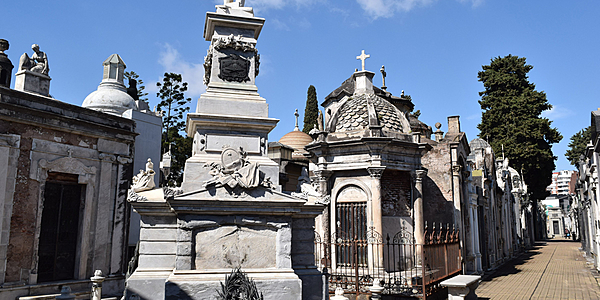 ©
Shutterstock
This district attracts its visitors with its great historical and European-inspired architectural features and its famous cemetery. The graves are veritable mausoleums, and only notable individuals get to rest in eternal peace here. Many of the Presidents of Argentina have been buried there like José Figueroa Alcorta, José María Guido, Julio Argentino Roca, and the wife of Argentine President Juan Perón, Eva Perón. When you visit the Recoleta district be sure to check out the superb Museo Nacional de Bellas Artes (National Museum of Fine Arts); it's simply bursting with priceless treasures. The neighbourhood has numerous statues and sculptures in its parks and plazas. The name of the district “Recoleta” comes from the Monastery of the Recollect Fathers, members of the Franciscan Order which were established in the 18th century. 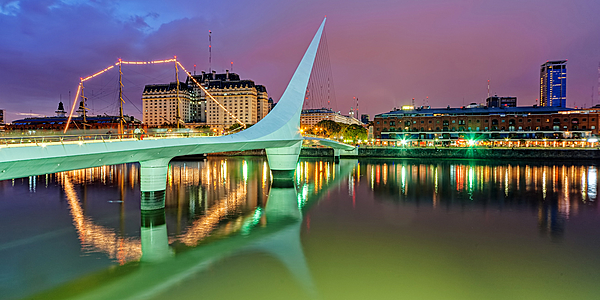 ©
Shutterstock
The Puerto Madero district has changed considerably. Numerous new residential buildings of up to 50 stories have been built facing the Rio de la Plata. Formerly an area of ill repute, the district is now the fashionable place to be seen in Buenos Aires. It occupies a significant portion of the Río de la Plata riverbank and represents the latest architectural trends in the city of Buenos Aires. You're sure to be impressed by the Fragata Presidente Sarmiento museum ship and the very stylish Puente de la Mujer footbridge. In the neighbourhood, there are several museums and art galleries, among them Fortabat Art Collection, Faena Arts Center, De la Cárcova Museum. 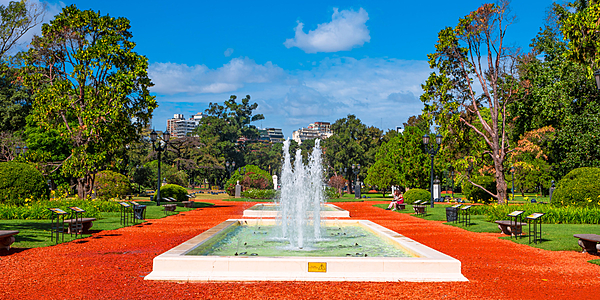 ©
Shutterstock
The Palermo district is the largest neighbourhood in Buenos Aires, subdivided into several contrasting and acutely individual parts and is located in the northeast of the city. You can visit the Evita Museum, as well as Parque Tres de Febrero and the various other parks and gardens that provide a little green space in the capital. The name of the district is derived from the still-existing Franciscan abbey of "Saint Benedict of Palermo", an alternative name for Saint Benedict the Moor. In the mid-nineties a number of TV and Radio hosts moved in the area between Córdoba, Santa Fe, Dorrego and Juan B. Consequently, this part of the neighbourhood began to be called "Palermo Hollywood". Presently, it's best known for its nightlight, multiple restaurants, clubs and cafés. 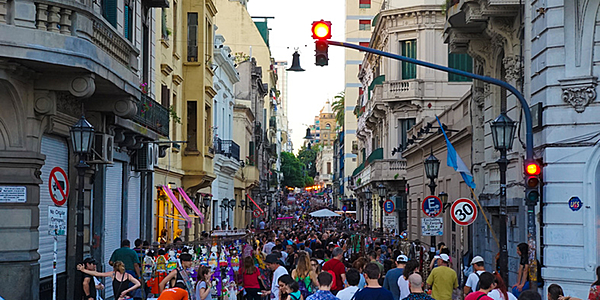 ©
Shutterstock
San Telmo is the oldest, but well-preserved area district in Argentina, characterized by its colonial buildings. Known as San Pedro Heights during the 17th century, the area became Buenos Aires' first "industrial" area, home to its first windmill and most of the early city's brick kilns and warehouses. San Telmo is the district where all the antique and secondhand goods dealers can be found. You can see tango dancers at Plaza Dorrego, located near calle Defensa, a street very popular among tourists. Important sights that you can visit include old churches such as the San Pedro Telmo, museums, and a semi-permanent antique fair in the main public square, Plaza Dorrego. 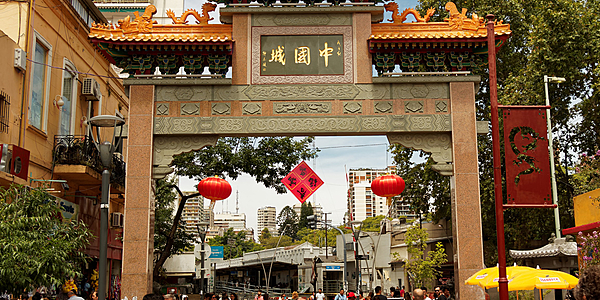 ©
Shutterstock
This district is largely residential in character and has a couple of charming squares such as plaza Belgrano that are worth visiting. If you want to go to a local artisan fair, it is recommended to go to Manuel Belgrano square during the weekend to feel the vibrant energy. Also, there are two museums across Juramento and Cuba streets: Larreta and Sarmiento. The former has primarily Spanish art and a beautiful Andalusian garden, while the later exhibits some objects belonging to former presidents Domingo Faustino Sarmiento and Nicolás Avellaneda. Belgrano was named after Manuel Belgrano, a politician and military leader who created the national flag of Argentina. In 1820, at Belgrano's death, Buenos Aires' legislature introduced a law that states that the next town to be found will be named after him. 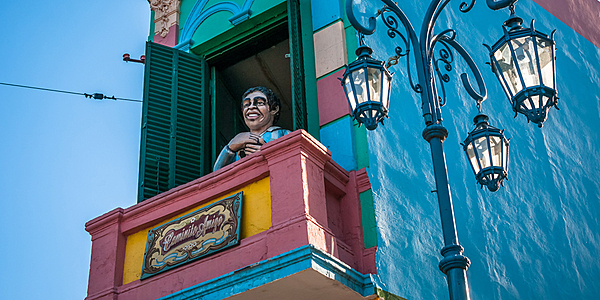 ©
Shutterstock
The history of Buenos Aires is closely tied up with that of La Boca. The famously historical district extends over the exact area the city. La Boca has its own distinct identity, a real sense of local community, and a desire to be independent and different. There are even "Welcome to the Republic of La Boca" signs displayed on the walls in the district. The locals think of themselves firstly as natives of La Boca and secondly as natives of Buenos Aires. Though tourism is making its mark on the popular Caminito street, the rest of the district is quite poor. Another popular sight to visit in the district is La Bombonera. With its 50,000 capacity, it is one of the noisiest and most exciting stadiums in the world. Maradona, who used to wear the club's yellow and blue shirt, has been elevated to the status of a living god here. The club museum is a true treasure trove, with multiple trophies on display. If you get the chance, go and watch a football game to experience the crazy atmosphere created by the passionate supporters. 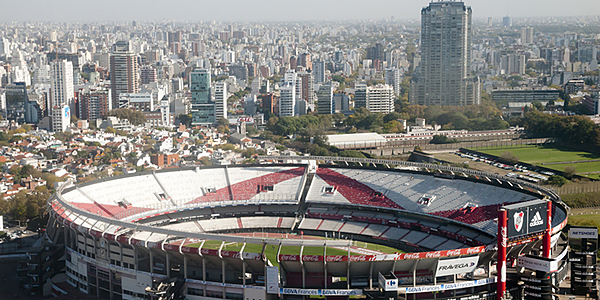 ©
Shutterstock
Mendoza and its high Andes