Mbeya and its surroundings, at the heart of the high plateaus

If you head south during your trip to Tanzania, you can be sure of passing through Mbeya, which is located in the region of Mbeya. Rather than just making a quick stop there, why not make the most of the opportunity to discover the surrounding areas?

The city of Mbeya

If you decide to get away from the classic tourist circuits that usually run from Serengeti National Park to the beaches of Zanzibar, passing through the Ngorongoro Conservation Area or Mount Kilimanjaro, you can head towards the south, to the region of high plateaus. After completely crossing the country, you will very likely end up in the city of Mbeya.

Nowadays, Mbeya is a city that stands at a crossroads, an obligatory stop on the way to Zambia and Malawi. It came into existance in the 1920s in the middle of a gold rush before becoming the region's economic capital. The appearance of the railway line between Tanzania and Zambia in the 1970s only caused its economic development to accelerate. Situated at an altitude of almost 1,700 metres, the city is surrounded by high plateaus with a backdrop of mountains and volcanoes that have an altitude of around 3,000 metres. 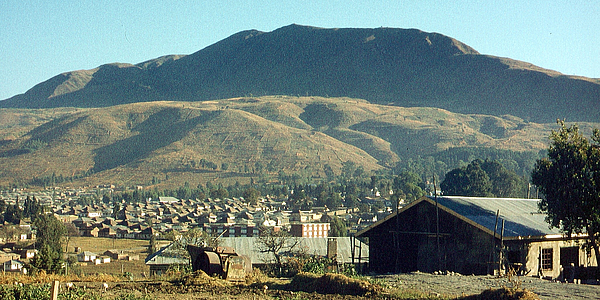 What to see in the region

On arriving in Mbeya, it is highly probable that you will find the appeal of the city to tourists quite limited. However, the surroundings are not lacking in attractions and it is for this reason, above all, that a stay in Mbeya is worthwhile.

Budding botanists should not miss out on a visit to Kitulo National Park. It is nicknamed "the Serengeti of Flowers". In the rainy season, between November and April, the flowers bloom, which makes the landscapes look magnificent. Many consider it to be the most beautiful display of flowers in the world.

You will be able to go and admire the Mbozi meteorite, one of the largest meteorites in the world, which is located sixty or so kilometres from Mbeya.

Finally, hiking enthusiasts will lace up their walking shoes and embark on magnificent walks through the heart of lush nature. Loleza Peak, Mbeya Peak, exploring small villages, and the Poroto Mountains are all wonderful goals to achieve in a day or just over a day.