The state of Tanzania today

Since the Nyerere years, Tanzania has been in search of a new figure to lead the nation Might Kikwete be that person? Even though the country remains one of the world's poorest and is afflicted by misery and undermined by corruption, there are certain sectors that are helping to drive Tanzania forwards. Agriculture and tourism alone, for example, account for almost half of GDP.

What you will see during your trip to Tanzania will often be limited to superb scenery and wonderful, heavenly beaches. Away from all this, however, life for the population is less idyllic.

During your time in Tanzania, you will only hear politics discussed during the heated discussions the Tanzanians sometimes passionately get involved in. Because the debates take place in Swahili, it's highly likely that you won't be able to understand a thing.

Since the national hero Julius Nyere departed the political scene, Tanzania has struggled to find another charismatic leader. Jakaya Kikwete, who was elected for a term of five years in 2010, could perhaps be that person. We'll know after the elections planned for 2015 whether he will be continuing for a second term or will have to relinquish his position. Today, at least, apart from the question of the autonomy and independence of Zanzibar, Tanzania continues to enjoy relative political stability.

Without wanting to put too much of a damper on things, let's at least mention the negatives. Although the economy seems to be firmly on the up, Tanzania is still a very poor country. It is also very dependent on international aid, which accounts for 45% of its budget.

Agriculture, which represents a quarter of GDP, is Tanzania's flagship sector. Cashew nuts, coffee, cotton, sisal, tobacco, corn and sorghum are the main products produced and are exported in greater quantities than the rest of the country's riches. When you add to this Tanzania's 16 million head of cattle, any remaining doubts about the primary importance of the agricultural sector to the economy are quickly dispelled.

Tanzania is also incredibly rich in mineral resources. As Africa's third biggest producer of gold, the country is attracting ever increasing numbers of foreign investors, who are also being lured by the nation's diamond and tanzanite resources.

A word about tourism 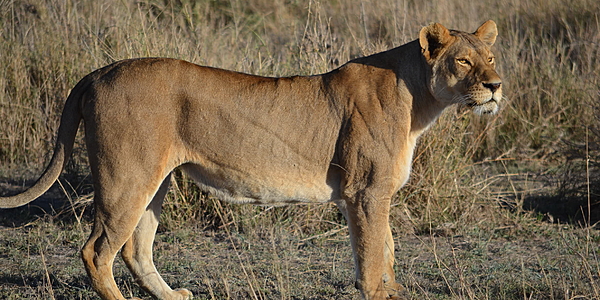 The tourism sector is only slightly behind the agricultural sector and is currently experiencing strong growth. However, although Tanzania receives almost one million tourists per year, it is still a long way behind neighboring Kenya. Attention is particularly focused on the national parks.

To preserve these wild treasures and protect the country from mass tourism, Tanzania has opted to set prices high. Climbing Kilimanjaro or going on safari in the Serengeti or Ngorongoro works out significantly more expensive than visiting Amboseli or the Massai Mara in Kenya. By adopting this measure, Tanzania is hoping to keep tourist numbers under control and preserve the wild, untamed aspect of its nature.