It is with my nose stuck to the window of the bus that I discovered the first landscapes of the Ica region. The city itself is not particularly interesting, but the dunes that surround it, immense and well-worth seeing, are breath-taking. After having played in the sand, it's in the direction of the national reserve that I headed next.

On the road to the south of Peru, the beauty of the Atlantic coast will very quickly make themselves known.

Nazca, its desert and its Pisco

Why not stop first of all in Nazca. Some kilometres from the place most famous for its mysterious lines is the 'Cerro Blanco'. It is the highest sand dune in the world with an altitude of 2,078m! Climbing this monster takes around three hours with your feet in the sand. Take a sledge with you for an exciting descent!

The Ica region is well-known for many reasons, not just its desert. We'll start with 'pisco'. It's the base ingredient for the national beverage, the Pisco Sour. Pisco is a strong liquor from a base of grapes - there are many vineyards in this part of Ica! Then, the must-see feature of this region is the oasis of Huacachina. It isn't the perfect place to discover the richness of Peruvian culture, more of a place of relaxation and natural discovery, but I still strongly recommend you to go there. It is one of my favourite places in the country.

After having played in the sand in Nazca and Huacachina, let's head for the Paracas National Reserve. This 90-minute boat journey is full of surprises! The national park has been open since 1975 and protects marine species such as the penguins of Humbolt, dolphins and sea bass - all observable in the Ballestas islands. 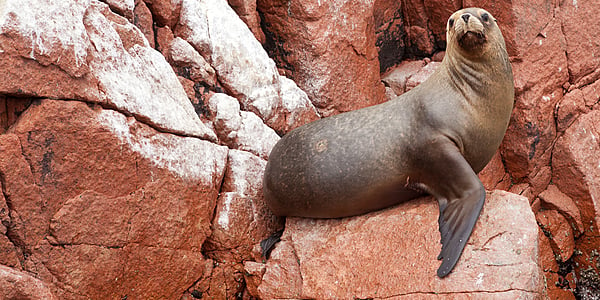 The reserve is not just that, but also a journey to the heart of the arid lands that await you, complete with its natural and mysterious beauty! On the way to the Ballestas islands, a geoglyph in the form of a candelabra is traced onto the side of the mountain. Who did that, but above all why has it not disappeared after all these years? Curiouser and curiouser!

Finally, the region is not short of attractions, as you can see! Peru is a rich country and has a lot to offer! Now, when will your next visit to Peru be?

©
ONG Latitud Sur
In the heart of the Amazon rainforest: Iquitos and its floating shantytown