Shamanism is predominant in Mongolia and used to guide people through everyday life.

Shamanism has been around since time immemorial. It's a way to connect with nature, ancestors and the spiritual realm. Shamans go into a trance in order to receive messages that can be passed on to different members of their 'tribe', so to speak. Shamanism is practised not only in Mongolia, but also in the Siberian region of Russia.

Until 1995 the practice was forbidden by the then communist regime. Shamans caught in the act were immediately thrown in jail. Today, however, they are free to practise shamanic rituals. The fall of communism saw a boom in shamanism and various branches have since been appeared. Some shamans remain with their tribe, others have joined co-operative style organisations in urban areas.

The Mongol deities are in fact their ancestors - grandparents who become guardian angels and are held as heroes in the eyes of the living members of a family. Their belief is that family bonds are so strong that an omnipresent energy will always remain. This means that each new generation is able to seek advice from all the grandparents in their ancestral lineage!

Mongolians take shamanism very seriously. From a Western point of view, a shaman is a bit like a family GP who's also a life coach. People seek their help not only for treating illnesses, but also for advice when decisions have to be made.

For example if a man wants to start a business and the shaman tells him to wait 8 months, he will follow their advice. If a man or woman plans to wed, they will first consult their shaman. And he'll be the one who decides if it's a match made in heaven or not! If the answer is no, then the marriage won't take place.

We're not talking about quack doctors or outlandish beliefs. Shamans have a real ability to see if people are truly compatible and if a potential marriage will bring happiness and fulfillment. I lived with a family in Ulaanbaatar (or Ulan Bator/Ulaabaatar) who explained this to me and who follow all guidance given. And I can tell you that I've rarely met such a happy couple.

The shaman is also involved when it comes to conceiving children. He'll decide the year and time of conception, and, if there's already a child, he will be able to tell a couple when the second child should be born so that the siblings get on well! The advantage of ancestor worship is that it can be done anytime, anywhere. 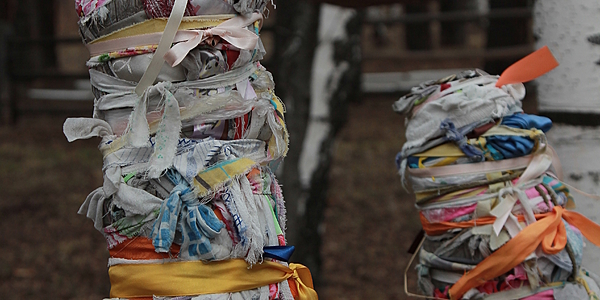 Every day, Mongolians will undertake small, shamanic rituals. It starts by throwing the morning milk towards the ceiling whilst chanting, in hope that the day will pass well. In the evening they use vodka! Those living in buildings will use stairwells and those living in yurts will go outside and aim for the stars.

When embarking on a journey, a stop at a temple on the way is mandatory; milk is thrown and they'll pace the perimeter of the sacred area. Everyone has a protective totem animal and they're sometimes represented on sacred teepees. They take the time to communicate with them in return for protection.

There are places to pray everywhere. They're defined by a piece of sacred blue fabric, which can be wrapped around a rock, tied to a stick or hanging from a tree... These are the places where Mongols go to pray. 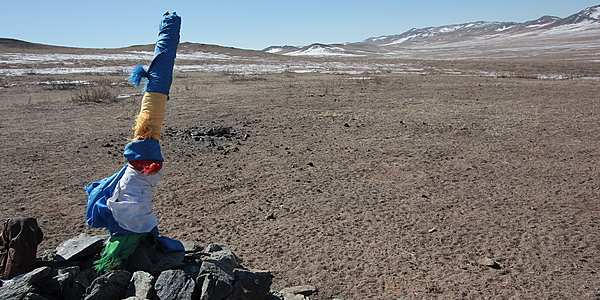 They also have small calendars that include daily advice. The family I lived with had one and it was fascinating to watch them consult it each morning! There are particular days that are good for haircuts, negotiations, borrowing items, heading off on a trip...

In short, shamanism is everywhere in Mongolia and I believe it's a practice that seems to bring a lot of happiness and wisdom, as well as forging a closer contact with nature.