5 / 5 - One review
How to get there
A 43-mile drive from Morondava
When to go
From April to October (dry season), hurricane danger between late December and mid-April
Minimum stay
One day

Along the Mozambique Channel, Kirindy Mitea National Park is a transitional area between the biodiversity of the Big Island's southern and western regions.

My suggestion:
Go there between December and February, when everything is green and many species are visible, because they hibernate the rest of the time.
My review

In one day of travel in this region of the Big Island, it's possible to go from a tropical rainforest to a littoral spiny forest or from dunes and lakes to seven small islands.

The Kirindy Mitea Reserve is known to possess an exceptional rate of endemic species. Of the 11 species of mammals living there, 10 of them are endemic. 100% of the 23 listed reptiles are also endemic, as are 33 of the 47 species of birds who live there. Impressive!

Wildlife include the red-tailed sportive (Boenga) lemur with dark red fur, pink and lesser flamingos, kingfishers, and 90 species of butterflies. As for plant life, more than 185 species flourish at Kirindy Mitea, including 3 different species of baobabs, which is uncommon. 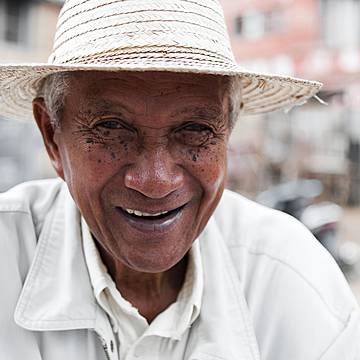