During a stay in the capital, an anthropologist friend told me about a village in the bush in the southern part of the island where the villagers use the baobabs in a peculiar way - they make water tanks with them! With my curiosity aroused, I decided to go and see with my own eyes what such a thing might look like.

En route to the bush

During a trip in the south with a Malagasy friend, we decided to go to this little village, isolated from the rest of the world, lost in the confines of the Mahafaly plateau. From Toliara, the trip involves a day on the road through the bush. So there we were, merrily crossing the Madagascar countryside, going from village to village in search of water towers, which I was told would be... a journey full of encounters!

The trail was tumultuous, but the scenery made it all worth it, with tall grass savannas where some trees were able to grow despite the blazing sun flooding the area. We enjoyed a stop in a village to fill up on water and rice before continuing on our way. 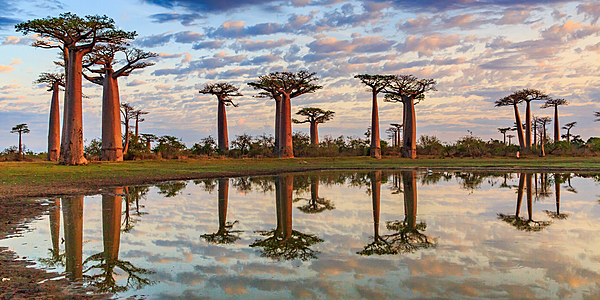 At the end of the day, we finally got to our destination. The tiny village extends on both sides of the trail, a few huts with their thatched roofs trimmed and many children playing nearby.

Out of respect, we went to introduce ourselves to the village chief and ask for his permission to sleep in the village, as well as for a guided tour of the baobabs. After a long monologue by the chief, I turned to my friend so that he could translate for me:

- Uhhh, I didn't understand anything..."

Well, the inhabitants speak a dialect specific to the region, so communication would be a bit more complicated than expected, but it's no problem, because the Malagasy people are generally very welcoming. After a discussion punctuated with bursts of laughter from both sides, the chief showed us a place where to pitch our tent and an appointment was made for the next day to see the famous za mihoraka, the hollow baobabs.

A quiet night in a bush village, with the children gathered around the fire, watching us amused. A youngster, happy to have a new audience, took out a guitar from another time, that he had made himself and accompanied the evening with a few chords.

Halfway between a tree and a water tower

The next morning, the village chief was waiting for us with an inhabitant who would translate everyone's words. We went deep into the dry forest that surrounds the village looking for water tank baobabs. The idea is simple: during the rainy season, water is collected and then stored in baobab trees that have been previously hollowed out. Once the dry season arrives, when all other sources of water are exhausted, people collect water from the baobabs, which allows them to survive until the next rainy season.

This process is unique in the world and very ingenious: hollowed from an opening at the top of the tree, the baobab doesn't die because its wood, consisting mostly of water, doesn’t rot. 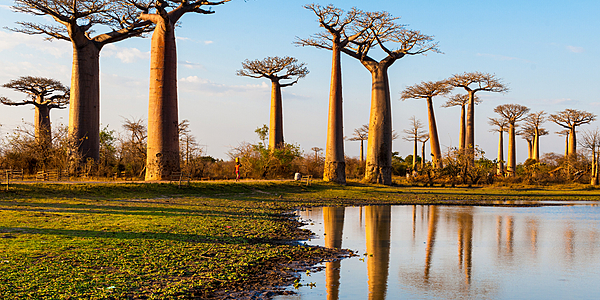 The village chief then explains the organisation around these baobabs and the importance they hold for the people, when we hear voices approaching from far away. A group of women then arrived joyfully, their arms loaded with containers of all types. We asked if we could follow them and see how the water is collected and they accepted with pleasure.

So there I was, at the top of a baobab tree, balanced on a precarious scale, putting my head into the opening created in the tree to fill some buckets with water, while laughter and cheers came from the women of the village, delighted to see how a vazaha manages to do one of their daily tasks.

A few days spent in the village of Ampotaka will remain an unforgettable experience for me - one that I wish for everyone on a stay in Madagascar.