Nosy Mangabe, an island paradise and jewel of biodiversity

The small reserve of Nosy Mangabe, with its distinct "Wild West" atmosphere, is accessible from Maroantsetra. Located at the mouth of Masoala National Park in the north-east of the Big Island , it is one of the most accessible sites of the park.

To reach this island of 520 hectares covered with dense forest, you will embark on an outboard motorboat for a crossing that lasts between 30 and 45 minutes, depending on the vagaries of the weather.

A privileged site for the observation of flora and fauna 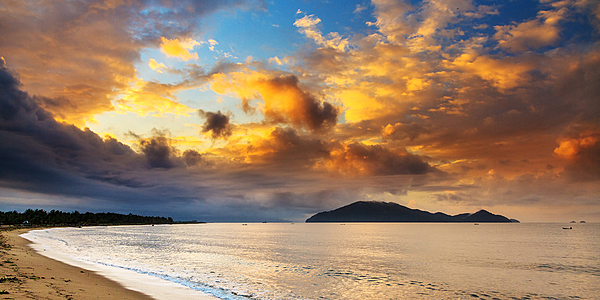 Tucked away under shelters where you can set up your tent just a few metres from the beach, a campsite invites you to listen and observe nature in a primary forest setting. You'd better plan your supplies carefully because this is a real desert island. It is part of a national park managed by the ANGAP/WCS and has none of the facilities of a seaside resort!

It benefits from a high level of rainfall, which explains its low-altitude rainforest vegetation. Nevertheless, judging by the forest canopy, Nosy Mangabe has unfortunately been a victim of deforestation. Apart from being the pride of the students of Maroanstetra, Nosy Mangabe has only just begun to become the attraction of this wild and isolated region. Today, just a handful of seasoned and very discreet tourists come to observe its flora and fauna, which is the guarantee of an experience that is 100% off the beaten track!

The Bay of Antongil - a hideaway much appreciated by pirates... 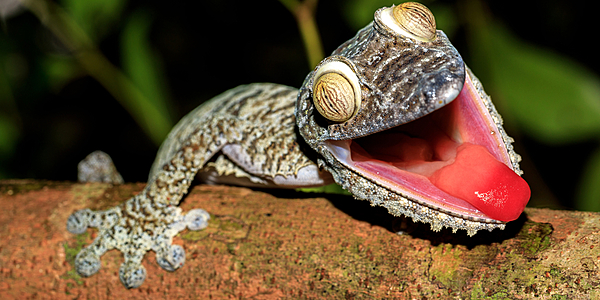 Yet, with an area of 520 hectares, this patch of land became famous at the end of the seventeenth century with the arrival of a large number of buccaneers and their slaves, who at one time numbered nearly one thousand persons.

Among the most well known, Olivier Levasseur (called "the Buzzard"), Captain Misson, and the English pirate John Avery, who pillaged merchant ships between Europe and the Far East, before proclaiming himself "Governor of Antongila". In the eighteenth century, Count Benyowski, a Hungarian, created the community of Louisville in the bay of the same name. He declared himself "emperor of Madagascar" and became rich from the profits of the slave trade.

There are no pirates and buccaneers today, but you will nevertheless have to face the natural elements if you want to explore the nocturnal secrets of the animal and plant sanctuary of Nosy Mangabe.

A jewel of biodiversity, a real Noah's Ark...

Due to the wealth of its flora (many species of palms, ferns and orchids), Nosy Mangabe remains above all the playground of reptiles (including a harmless species of boa), amphibians (frogs of all colours) and chameleons. But the star of the island was introduced in 1967 and overshadows the crowned maki or the tiny mouse lemur - the famous aye-aye. I challenge you to track down this clever nocturnal lemur that is as beautiful as it is shy! With its big bat ears, tousled black fur and long, thin middle finger it is one of the strangest-looking animals on the planet!

You will find it much easier to observe the snakes, crabs, frogs and chameleons, including the Brookesia, an endemic species. Are you ready for a wild goose chase? I'm as blind as a bat but on several occasions I have caught a glimpse of the smallest nocturnal lemur, the red mouse lemur, whose tiny phosphorescent eyes flit about like fireflies.

After two or three explorations in the deep dark forest, you will discover how close you really feel to this rich and surprising environment that was previously so foreboding... And if you are travelling with the family, both young and old and will get caught up in the game!