Hiroshima and its region: between shrine and memorial

Two essential places of the region are listed as UNESCO world heritage sites: the dome of the A-bomb in Hiroshima and the shrine of Itsukushima in Miyajima.

The paths of remembrance in Hiroshima

Hiroshima today is a large, concrete city that was entirely rebuilt in the aftermath of World War II. The wide, perpendicular streets seem to have been built according to a grid. The city castle dates back to 1589 and was rebuilt in 1958. Today it houses the pre-war museum.

The Genbaku Dome, above which the A-bomb was dropped, can be found in the heart of the city. The roof suffered serious damage, but you can still see the metal structure. In certain places you can make out the silhouettes of people who were nearby during the explosion, which stand out slightly against the darker background.

The Peace Museum gives a detailed explanation of the aftermath of the bomb; the illnesses, the suffering of the population, how a beautiful summer's day turned into a nightmare, etc. Japan's role in the war, however, is hardly mentioned. A visit to the museum is a trying experience that I would recommend avoiding if travelling with children, given the photo displays of mutilated or malformed people as a result of illnesses and radioactivity.

A large memorial has been built outside, near the ancient ginkgoes or maidenhair trees that withstood the blast. A sculpture has also been erected in memory of Sadako Sadaki and all the children who died as a result of the bomb. Sadako developed leukaemia at the age of 12. She then began to fold 1000 origami paper cranes. Legend has it that if you fold 1000 origami cranes, your wish will come true. The girl died before she had time to finish them, but her classmates did so for her. Since then, cranes have arrived from around the world as a symbol of peace and are attached to the memorial.

The manga entitled Barefoot Gen by Keiji Nakazawa tells the story of daily life after the bomb, for which the author relied largely on his own memories. In spite of the slightly dated 1970's images, the story is deeply moving and a good testimony to the period. 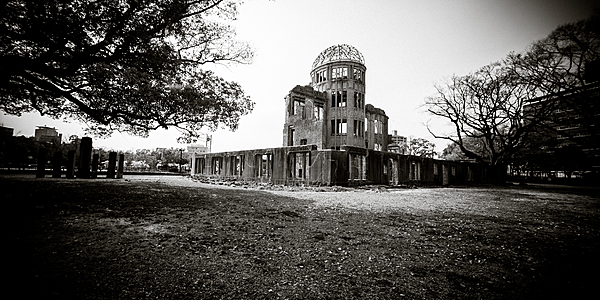 Miyajima, an island inhabited by the gods

After spending the day in Hiroshima, take the train and then the ferry for the island of Miyajima. This island-sanctuary, renowned for its Shinto gate rising from the sea, was once considered to be inhabited by the gods. It is a very pleasant place in the evening, once the hordes of tourists have left the island, and the colours of the sea at sunset are superb. Deer freely roam the island, and won't hesitate to poke their noses into your bag to see if you have something to eat, or a passport or any other important paper documents to chew, so don't forget to close your bags! In the evening, try the local specialities: grilled oysters and okonomiyakis. The okonomiyakis of the region are particularly famous and filling - grilled omelettes with a mixture of vegetables, seafood and/or meat, and noodles. A meal in itself!

The next day, visit the great Shinto shrine of Itsukushima and walk to the foot of the torii (a traditional gate) at low tide. Large numbers of shellfish cling to the posts, and on the ground you'll see little crabs, including hermit crabs, scuttling away in front of you.

Behind the shrine and the main commercial street, you can take the steps and paths that lead to the summit of the island, and enjoy a particularly interesting view on a clear day, when you can see the neighbouring islands.

In my opinion, a visit to Hiroshima and Miyajima go together well, like two sides to the same coin: one is dark and dramatic, the other is peaceful and superb. You will need two full days to have time to soak up the atmosphere of these places in Nippon.