Hiking in the stunning countryside of Hokkaido

With six national parks, Hokkaido is ideal for hiking and trekking in Japan. So put on your walking boots, grab a staff and off you go!

To make the most of the cool mornings, it's best to get up very early. Most Japanese people set off around 5 or 6 AM and return home in the early afternoon. Even though it's cooler in Hokkaido than in the rest of the country, it still gets hot during summer and it's not always easy to find shade. Bear in mind that the sun sets very early during July - it's pitch black by 7pm.

Hokkaido is home to a large population of brown bears. You'd be wise to attach a bell to your rucksack/backpack, so as not to surprise them. You'll see signs everywhere signalling the presence of bears and are advised to stick to the paths.

At Shikotsu-Toya, you'll find two superb, huge lakes that give the park its name. Lake Toya is a volcanic caldera with turquoise blue waters and a depth that reaches up to 180 metres in certain places. The volcanic environment means that the water never freezes over. Fish are aplenty, which in turn attracts birds. The view is simply breath-taking . Shikotsu Lake is also a volcanic caldera, this time surrounded by mountains. There's a cave covered by thirty different species of moss. 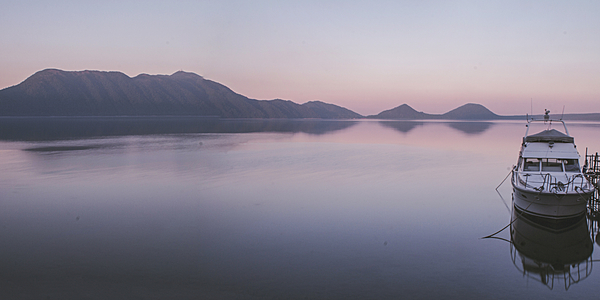 Daisetsuzan Park is the largest national park. It's a 5-day trek to cross from one side of the park to the other. This hike is challenging and difficult; you'll need to be well-equipped and in good shape. There are shorter, more easily accessible hikes, including Mount Kuro, which benefits from a cable car. There are numerous onsen (thermal baths) that are perfect for relaxing after a day's hike.

In Akan Kohan Park, you can reach the summit of its self-titled peak in 3.5hrs. The hike can be a little tricky and it gets slippery during wet weather. It starts in the middle of the forest and the view of the volcano's crater is magnificent.

Shiretoko Park is a UNESCO World Heritage site. It's the wildest place in Japan and home to around 600 bears. The 5 lakes in Shiretoko, all set in the heart of a primary forest, are the setting for the park's most famous hikes. Kamuiwakka boasts natural, hot spring waterfalls. Summer is the best time if you want to scale Mount Raiso; during July the whole area is in full bloom.

I can't imagine anyone visiting Hokkaido not going on a hike, be if for a few hours or a few days. There are numerous options that cater for all levels, which means there's something for everyone. And, at the end of the day, a good soak in an onsen is perfect for relieving aching muscles.