On the tracks of the Ainu in Hokkaido

©
Snapshots of The Past

Ainu culture is very different from Japanese culture, you rather find they have more in common with American Indians. Museums and festivals in different towns highlight the Ainu.

Who are the Ainu?

The name Ainu means human being in Ainu language. This indigenous population has its own language, customs and traditions, just as well in dress with clothes made from natural fibres, as artistically. The Ainu practise an animist religion, they revere the bear in particular. It is not unusual to find totems symbolising animals, or statues of bears. The wooden sculptures made my Ainu craftsmen are both renowned and very beautiful.

The Ainu originally lived in Hokkaido and in the north of Honshu. Relations with the Japanese were friendly and commercial, but little by little, they were pushed towards the north and colonised. Between the 16th and the 19th centuries, during the Meiji era, the Japanese government implemented a policy of forced assimilation, with reforms that undermined the language, the culture and discriminated against the Ainu whose living conditions became extremely arduous. They were, in this way, refused the right to own land.

In 1899, the act for the protection of the former aborigines of Hokkaido recognises this bad treatment, but is loudly criticized as its name is negative for the Ainu, the words dirty people of the earth being used.

In 1997, this act was revoked in favour of another which grants funds for research and promotion of Ainu language and culture. Today, it is considered that about 24,000 Ainu descendants live in Japan.

What places should you visit?

During your tour of Japan, you can visit several towns with centres or museums dedicated to Ainu tradition.

Akan Kohan harbours Hokkaido's biggest Ainu kotan (village). The country's largest Ainu community lives in this touristic spot. There are two museums and daily Ainu dance shows at Onnechise, a road with lots of stalls from which you can buy small wooden sculptures. Above the entrance to this street is an imposing wooden sculpted owl that stares at you. Mashu lake, a caldera with turquoise blue waters, is a sacred place for the Ainu. 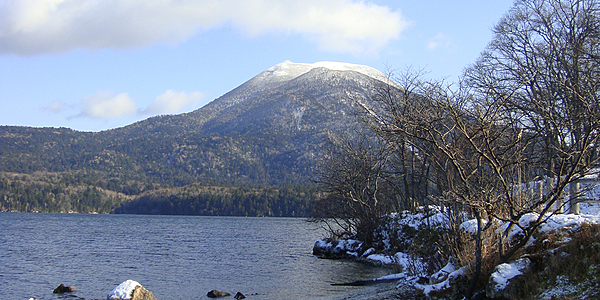 In Asahikawa, the Kohan Festival in September is a prayer to nature amidst sacred rocks. There is also an Ainu museum whose goal is to transmit this culture.

One of the best museums dedicated to the Ainu is in Shiraoi.Poroto Kotan is the replica of a village built the traditional way, and in every house you discover an aspect of this people's culture.

During a trip to Hokkaido, do devote a few hours or a few days to the discovery of the riches and the characteristics of this people.