Tokyo, a window into the future

First and foremost, Tokyo offers a uniquely different take on the modern megalopolis. The city presents an impression of a modernity that seems to have travelled in time (an oft-recurring notion in this otherworldly country, in one sense or another) and is constantly on the move and buzzing with energy across its whole area, which is more than twice that of London.
So come along with us and discover and explore this crazy city on your trip to Japan!

In addition to the way Tokyo looks, it is also the way the whole city is arranged that comes as a surprise to the Western visitor: no real centre, but instead a multitude of districts so large that its easier to think of them as a collection of different towns, each with its own distinct personality, and all connected to each other by public transport systems that offer the ultimate in efficiency.

Anyone who tends towards claustrophobia would be well advised to avoid Japan's capital. It has a population density 50 percent greater than that of London and everything seems to move at 100 mph. However, it would be a shame to let these aspects put you off: Tokyo is a fascinating city with so many different sides to offer that it is impossible not to find at least several aspects to your liking.

A few days in Tokyo

Head off to make the most of the high quality and affordable prices to be found in Akihabara, the "Electric Town", and spend some time wandering around the Ginza district, walking through the gardens of the isolated palace, and having a look around the city's Tsukuji Market (the largest fish market in the world). Enjoy the beauty of the blossoming cherry trees in the parks of Shinjuku; open your mind to what local culture has to offer in the Roppongi Art Triangle or at Tokyo National Museum, and to top it all off, relax and recharge your batteries at the Oedo Onsen Monogatari. 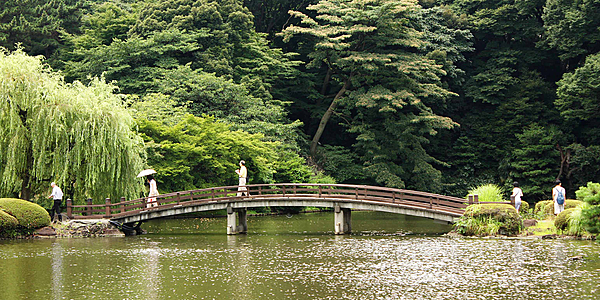 If you decide to visit Japan through a travel agency or with a guide, spend some time discussing your priorities with them beforehand. They will then be able to direct you to the districts most suited to your tastes and help you to see a plethora of little things that are normally invisible to the ordinary traveller.