Design your perfect family vacation with a local expert in Italy
Customize a tour idea created by one of our local agents based in the destination.
©
Shutterstock

Is Italy the right destination for you?

Reviews from our travelers about their trip to Italy

This was the first time to Italy for 3 of the 4 travelers so everything was a new experience. Venice and Cinque Terre were the favorites, but Lake Como (Bellagio) and Siena were a very close second. The Leaning Tower of Pisa was something you had to see but it was really too commercialized. We saw Italy by train, boat, car and foot - very unique.

We arrived to Rome in the morning and we started to know this beautiful city, for three days we enjoyed the monuments, paintings and sculptures. We loved the fountains, coliseum and the pantheon. Then we take the train to Venice we’re enjoy the water taxi and the gondola. Was really beautiful the food and the people was great. After 2 days we take the train to Florence ( my favorite city) everyday something amazing 😉 the food, the little towns, the people and the views was stopped breathing! We have the life time trip 😊 and we planning the next. Thank you so much to Enrico, he make this trip unforgettable.

We concentrated on Florence and Rome with side trips to Sienna and Cassino. Though the weather for the first 1/2 was a bit rainy, it did not slow us down. Our hotel in Florence was absolutely spectacular. I don't think there could be a better one that addressed our needs! 2 blocks from il Doumo (we could see the dome) and yet super quite as we faced away from the street. We walked everywhere. Our day guide for Florence was wonderful and informative. Our wine tour and dinner into Chianti was lovely. Our driver from Florence to Italy was absolutely amazing. He talked us into a quick stop at San Gimignano, and we are over the top happy that he did. Not to be missed! We then spent time in Sienna and it all just made us want to come back for more. Rome was Rome. Big, bustling, exciting, lots of people and sights to see! Our guide for the Vatican was also wonderful, as was the one that took us on our last evening tour of the squares. Both super informative. We did visit the Coliseum and Forum as part of a 'small group'. it was still about 15 people and though totally acceptable and expected, we both realized we had been totally spoiled by the private tours! One of our highlights was by the Exclusive wine pairing dinner. Though my mother had been tired from a day of walking all over, this was simply not to be missed and are so happy we included it in our experience! The Casa Bleve was simply outstanding in every respect. From appetizers and Prosecco in their wine cellar next to the 1st century Roman wall, to the cacio e pepe, to the phenomenal service, to the guide (Alessandra)...all beyond expectations! I am grateful the date mix up was corrected for so as not I've attached a few photos from the trip. So other than the two issues I mention above, all else was fabulous!

Start planning your family vacation in Italy to experience one of Europe's most captivating countries. From Rome's ancient history to Florence's art galleries, and the sun-drenched Amalfi Coast, kids young and old will appreciate Italy's delights.

What makes Italy a great destination for families?

Italy is a superb destination for families with children. Everyone will love famous sights like Rome's Colosseum, and older kids will appreciate Italy's artistic and historic heritage. Plus, there are many fabulous beaches to visit, and eclectic, photogenic cities such as Naples and Florence. Wherever you go, you'll relish indulging in tasty Italian pizzas, sumptuous seafood, and delectable pasta dishes.

Best things to do in Italy with kids

From lazy days by the sea, relaxing afternoons at your own private villa, or city breaks spent exploring Rome and Florence, there's plenty to love about Italy. With its network of English-speaking guides who are also local experts, Evaneos is here to tailor your family vacation in Italy to your satisfaction.

Rome is one of the world's most popular cities, and for good reason. The Colosseum is a famous stadium where gladiator battles once took place, while the ancient Pantheon was a temple that later became a Catholic church. You'll stand in awe of the historical and religious treasures in the Vatican City.

Take an art tour in Florence

Florence is one of the world's great cities for art. The Galleria dell'Accademia houses Michelangelo's David, one of the world's most famous statues. The 13th-century Palazzo Vecchio (Old Palace) is a marvel of medieval Italian architecture.

Venice is a family-friendly Italian destination that is not to be missed. Take a gondola tour through its canals and admire the dramatic architecture. Be sure to visit the famous St. Mark's Square and its grand basilica. The small island of Murano is just outside Venice, and is famous for its beautiful blown glassware.

Relax on the glamorous Amalfi Coast

The Amalfi Coast is great for families. It's well known as one of Europe's most beautiful coastal spots, so hit the beach or your own poolside villa for a luxurious Italian family vacation. You'll fall in love with the area’s coastal towns and famous caves.

Naples is the quintessential southern Italian city. Eat Neapolitan pizza and gelato, and take a tour of Mount Vesuvius, Europe's only active volcano. Take a look into the life of Italy's former royal family at the Royal Palace of Naples.

Tips for planning a family vacation in Italy

Just like most other European cities, family trips in Italy cities are largely safe travel experiences. Italy is known for its beautiful summers, so bring sunscreen and headwear if you're out and about, especially in the afternoon. Renting a car isn't usually necessary in the big cities, and the national train network provides efficient connections if you're city hopping. 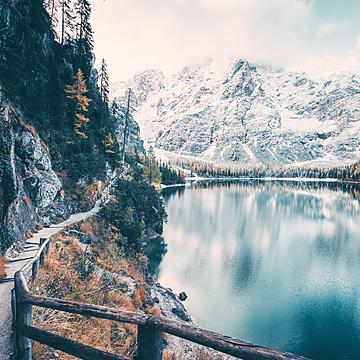 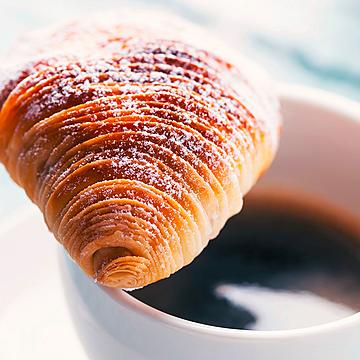 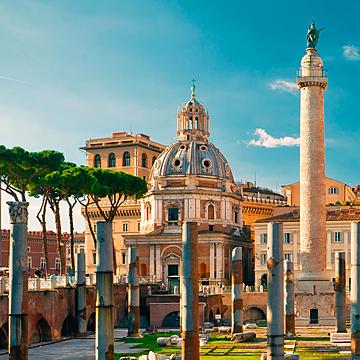 Historical sites in Italy
Experience added!
You can add more experiences to your trip itinerary before sending it to a local agency
View my trip itinerary