Design your perfect nature trip with a local expert in Costa Rica
Customize a tour idea created by one of our local agents based in the destination.
©
Shutterstock

Is Costa Rica the right destination for you?

Reviews from our travelers about their trip to Costa Rica

We still can't believe everything we saw, everywhere we went - it was a dream. I can't wait to return. I would do it all again tomorrow!! From Tortuguero to Cahuita, then La Fortuna and Arenal volcano, to Monteverde, and back to San Jose for a few days. We were glad that we added in a city tour to get to know the capital and Costa Rica a bit more. All of the individual guides throughout our tours were fantastic. Very friendly, and all very knowledgeable. We really did discover the wonders of Costa Rica, its animals and birds, plants, the ecology of the country, and its people. And of course, we discovered PURA VIDA!

Costa Rica has astonishing biodiversity. Unlike anywhere else on this planet, it’s packed with rainforests, volcanoes, caves, lakes, waterfalls, rivers, and beaches, and is home to thousands of animal species. Nature trips in Costa Rica offer endless possibilities for exploration, while the country's widespread sustainable practices ensure the preservation of its natural beauty. Being a world-leader in sustainable tourism, Costa Rica is the ideal destination for if you’re looking to see the wonders of nature with respect for local ecosystems.

Costa Rica's landmass is small, but its biodiversity is huge. Home to 500,000 species of animals, representing 4% of the world's biodiversity, Costa Rica has the highest density of biodiversity in the world. Its natural parks abound with mammals such as monkeys, sloths, tapirs, and big cats, while incredible bird species inhabit its treetops. Around 30% of the country's territory has a protected status, proving Costa Rica takes the protection of its natural richness seriously.

The best national parks and natural sites in Costa Rica

El Arenal is an active volcano with a remarkable conical shape. The national park surrounding the volcano is great for hiking and other outdoor activities, while the hot springs on the foot of the volcano are the perfect spot to revitalize tired feet.

Take to the skies at Monteverde Cloud Forest

The mystical Monteverde Cloud Forest is permanently covered in a veil of mist, caused by low-hanging clouds that sit in the region. Suspension bridges offer unique panoramas of the rainforest canopy, and up-close views of the extraordinary wildlife inhabiting the treetops.

Costa Rica's largest national park is remote and wild, but it’s also one of the world's most pristine nature sanctuaries. Featuring 13 major ecosystems, it's home to some of the country's shyest and most rare animal species, including tapirs, jaguars, and macaws.

The Ostional Wildlife Refuge is an important nesting ground for Oliver Ridley sea turtles, which lay their eggs on the beach here. During "arribada", which occurs once a month in the rainy season, thousands of turtles descend on the beach to create their nests.

Los Quetzales National Park, located in the highlands, is home to the renowned namesake bird: the brightly colored quetzal. The nearby town of San Gerardo de Dota is a peaceful little mountain retreat and the ultimate place to escape the crowds and the heat.

What's the best time of the year to experience Costa Rica's nature?

Costa Rica has a tropical climate, with stable hot temperatures year-round and distinct dry and rainy seasons. The dry season lasts from December to April, while the rainy season can be experienced between May and November. Although the dry season is the most convenient and popular time for Costa Rica nature trips, some travelers prefer the rainy season as it's less-crowded, discounted rates are available, the jungle is at its greenest and the wildlife is very active. 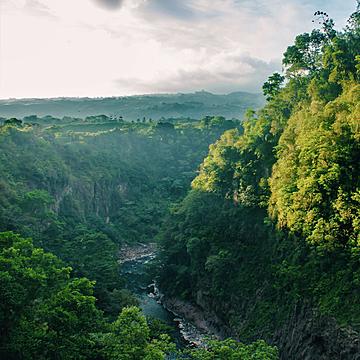 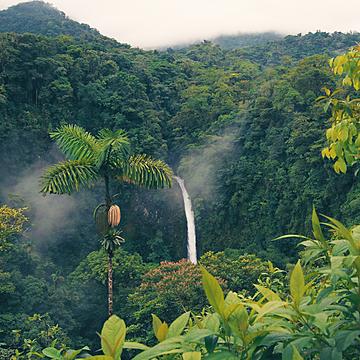 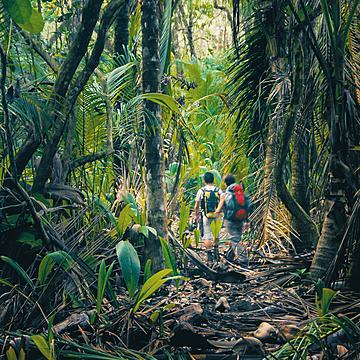 Offbeat Costa Rica
Experience added!
You can add more experiences to your trip itinerary before sending it to a local agency
View my trip itinerary