Going on holiday to Costa Rica, a corridor between North and South America, is making the choice to have an ethical and environmentally friendly holiday in the country of 'green gold'. Almost 5 times smaller than the UK, Costa Rica has very different landscapes on its two coasts (Caribbean and Pacific), several volcanoes and 34 national parks (a third of its land).

However, you must prepare your itinerary carefully because the country is obstructed with mountain ranges, the roads are often bad and travelling can be quite expensive. It's better to optimise your travelling and focus on its main interesting sites. For this, you can count on the Evaneos Travel experts. They will tell you their favourite places in the Switzerland of Central America.

A trip to Costa Rica always starts in San José, a capital city often criticised but very welcoming and culturally rich. A particular feature of the country are the lodges harmoniously integrated into nature in the plains and mountains of the North of the country. Stay close to the Arenal Volcano National Park in La Fortuna, reach new heights in the Cloud Forest Reserve in Monteverde with the canopy tour or be amazed by the celestial blue of the Park Tenorio river.

On the Caribbean coast, it's absolutely necessary to go around on the canoes in the Tortuguero National Park and to see the turtles laying eggs on the beach. Cahuita National Park, the Jamaican village Puerto Viejo, as well as the Bribri communities of the Talamanca canton will seduce interested travellers who want to relax in the sun.

On the Pacific coast, the Manuel Antonio Park is a must-see with family due to its splendid beach and its friendly wildlife. Surfers will find their happiness on the unrelenting sea nearby whilst adventurers will enjoy walking in the Corcovado Park on the Osa Peninsula.

Bahia Drake is a small coastal village on the Osa Peninsula as well as Corcovado...

A wonderful national park with enchanting scenery, a river and a turquoise waterfall,...

The magnificent Corcovado National Park is located on the Osa Peninsula, on the Pacific...

In a virtually uninhabited area, this coastal National Park is in the province of...

The Arenal volcano is an active composite volcano situated in the Alajuela region...

The stunning Manuel Antonio National Park is found on the Pacific coast of Costa...

The village of Manzanillo is on the doorstep of the Gandoca-Manzanillo National Wildlife...

The Osa Peninsula is located on the Pacific coast of southwest Costa Rica and is...

The magnificent Samara Beach is located on Costa Rica's Pacific coast, on the Nicoya...

Among the many different types of countryside that you'll find in Costa Rica we...

The Cordillera Talamanca stretches along the south of Costa Rica. It's the highest...

Dominical is a small town situated one hour away from Quepos on the Pacific coast....

La Fortuna is a picturesque town at the foot of the Arenal Volcano, and just a few...

Montezuma is a village on the Nicoya peninsula, in the west of Costa Rica.

Cahuita National Park is located in Limón Province. It provides opportunities to...

This is a private reserve on a tiny spit of land on the Pacific side of Costa Rica,...

Quepos is a town on Costa Rica's Pacific coast from where you can reach Manuel Antonio...

The Rincon de la Vieja is a Costa Rican volcano, situated in the Guanacaste district...

Puerto Viejo de Talamanca is a small town located on the Caribbean coast of southeastern...

Cahuita is a small village in the province of Limon. It is bordered by the famous...

Nicoya is the largest city on the peninsula that shares its name. It does not have...

Playa Grande is well named - it is an immense stretch of fine sand on the Pacific...

A majestic volcano, near the town of Alajuela, in the central province of Costa Rica.

The Rio Pacuare flows for roughly 100 kilometers from Talamanca to Siquirres, passing...

Turrialba is an active composite volcano in Costa Rica, situated in the central province...

Alajuela is a big city close to San José. In the shadow of the capital, it is an...

A pretty waterfall that you can get to after a walk through the botanical and zoological...

Playa Ballena is the beach in the Marino Ballena National Park, a few kilometres...

The small town of Sierpe is a little port lying very close to the mangroves and is...

Siquirres is both a canton and a town located in the province of Limón (Atlantic... 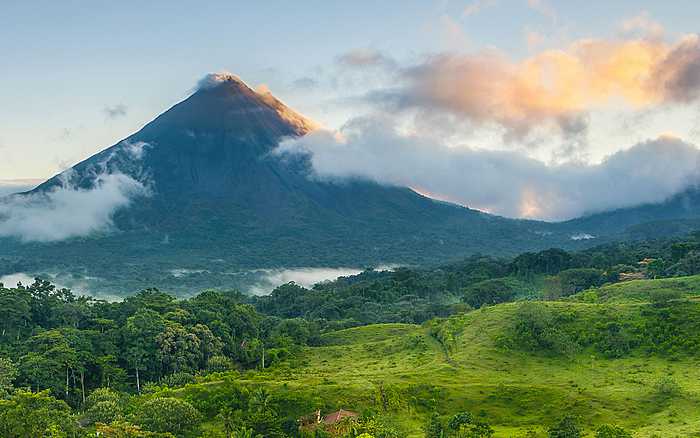 Design your trip to Costa Rica with a local travel agent

$1,680
Costa Rica
Tropical escape to Costa Rica
Experience added!
You can add more experiences to your trip itinerary before sending it to a local agency
View my trip itinerary