Best places to visit in Chile

The narrowest country in South America has just as much to offer as its neighbour, Argentina. Its inhabitants are more reserved than the talkative Argentinians, but the Chileans are faithful friends and love a good party (just try their Pisco Sour). Add to that the general feeling of safety, and you'll be swiftly won over.

From North to South, there's so much to see in Chile. To help you, the travellers in the Evaneos community offer you their thoughts on sites throughout the country. All you have to do is make your plans dependent on the season – it can get cold in Chile – and on the type of holiday you'd like!

The capital, Santiago, is a modern and dynamic university city, but our travellers generally prefer Valparaiso, its houses so brightly coloured that you'd think they'd been photoshopped! In the North of Chile, you'll find scenery that closely resembles the famous Bolivian salt desert: the Atacama desert has lagoons, colours of flaming pink and grotesquely shaped rock formations.

Right in the South, the W trek in the Torres de Paine national park is one of the most remarkable in the world. In just 5 days, you'll see a glacier, a French valley and mountain peaks coloured red by the sunrise.

In the centre of the country, the region of Puerto Montt, inhabited by the descendants of Europeans, allows for a stop-off in the middle of nature, at the foot of the Osorno volcano, after a visit to the Chiloé islands. On the side of Chilean Patagonia, there's nothing better than a cruise down narrow canals in search of glaciers. Travellers with some money to spare can also take a tour around Easter Island.

As you've no doubt grasped, Chile is an exceptional destination for anyone who loves incredible scenery. 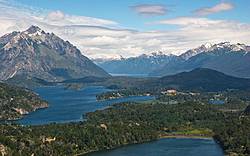 Bariloche
5/5
Reminiscent of Switzerland or Austria, this is a great spot in the north of Argentinian Patagonia. 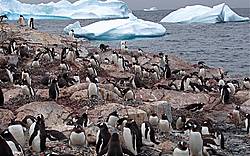 Graham Land
5/5
Lying at the extreme south of the planet, the Antarctic Peninsula is an incredibly beautiful place to explore. 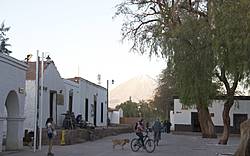 San Pedro de Atacama
5/5
Right in the heart of the Atacama Desert, is the small town of San Pedro from where it is possible to arrange to see many tourist attractions. For great outdoors and adventure lovers ! 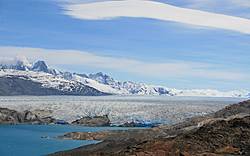 Ventisquero Upsala
4.5/5
Exploring the wide open spaces ofUpsala glacier, one of the most impressive in Argentina. An unmissable part of a trip to Patagonia. 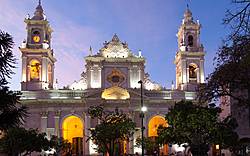 Salta
4.3/5
Salta la Linda is a town in north Argentina, at an altitude of 1,200 metres in the Lerma valley. It really is very pretty, having managed to keep its colonial architecture, and its typically colourful surroundings are worth exploring! 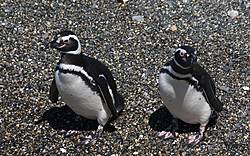 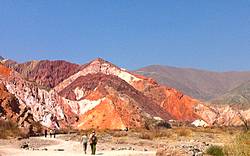 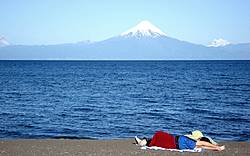 Lago Llanquihue
3/5
Lake Llanquihue is a Chilean lake which is in the Lake Region. It encompasses the towns of Puerto Varas, Frutillar, Puerto Octay and Ensenada. 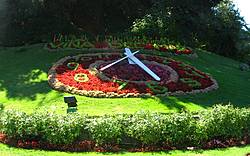 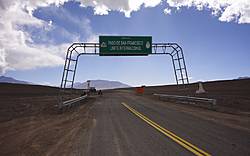 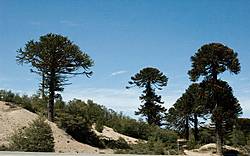 Villa Pehuenia
2/5
Villa Pehuenia is a lacklustre town to the west of Neuquén Province, at 300km from Bariloche and 200km from San Martin de los Andes.
1