5 / 5 - One review
How to get there
A 6 hours drive from Jo'burg Hoedspruit Airport is 1 hour away on the road
When to go
During the dry season (May to September) is best, but it's possible to go there all year round
Minimum stay
2 to 3 days

This private reserve is amongst the most expensive in the world, connected to Kruger Park without any barriers, separated only by the river that it's named after. It is known for its unique population of white lions.

My suggestion:
Look for promotions on the internet to reserve a day in a Timbavati lodge. There nothing but really luxurious accommodation available (5 stars), all included But you can find some really interesting prices, for a 3-day stay.
My review

Timbavati is a private reserve linked to the Kruger Park without any barriers (so that animals can go between) which stretched for more than 65,000 hectares. It's a real peace haven for the animals are only the pickups from the lodges are authorised to drive there, unlike its neighbouring park where there are often around ten cars parked in front of a group of lions. Here, they have their privacy!

I am very used to safaris in South Africa, but Timbavati has remained an exceptional memory for me as I had the immense privilege of crossing during two white lion safaris, they are magnificent!

This subspecies discovered in the 1970s here, at Timbavati, has been the subject of scientific debate for years. Nowadays, everyone agrees that it is not the case of an albinism, but of a "leucism", the fur is white but the skin and the iris of the eye remain pigmented. 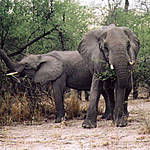 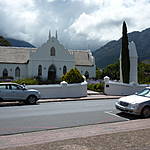 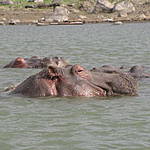 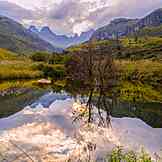