The Kruger, in search of the Big 5

Any trip to South Africa should include at least 3 days discovering the African savannah's wildlife. For many people, an African safari is a dream. One thing's for sure, when it becomes a reality it is a magical experience. It's an adventure that everyone should try once in their life. As the Kruger is one of the most beautiful parks on African soil, then why not do so here? 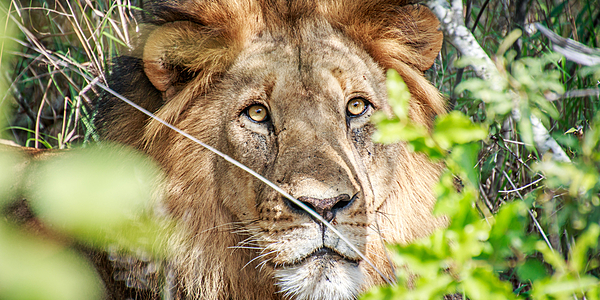 Created towards the end of the 19th Century, the Kruger National Park is one the world's most famous and beautiful game reserves. Even if some say Kenya's Masai Mara or Tanzania's Serengeti and Ngorongoro are unsurpassable, it must be still be said that the Kruger meets their match. Easily reached from Nelspruit and Jo'burg, the Kruger Park roughly measures 350km by 60km. Its 2,500km of roads are mostly tarmac. It's also one of the few parks that you're allowed to explore with your own vehicle. But, to be honest, even though it will cost you, I highly recommend you hire a guide. They are specialists in their field and know the area by heart. I once witnessed a ranger spot a cameleon hidden amongst branches...and he did so whilst driving past in the middle of the night! The Kruger is also the only game reserve where you can go on a safari by foot. If you choose to do so, a armed ranger will not just be wise but obligatory. It's an amazing experience and you'll feel your hackles rise when you come face to face with a wild beast. It's a wierd sensation, as fear mingles with curiosity making you want to get closer to the wildlife before your eyes. 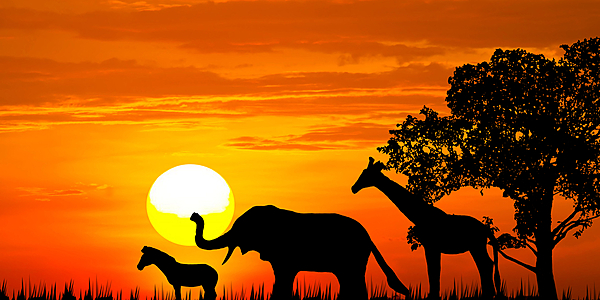 ©
Shutterstock
What can you spot in the Kruger?

Being the third largest reserve in Africa, the Kruger has a varied landscape consisting of savannah, forest, bush and huge plains. You'll find yourself in one of South Africa's most magical tourist attractions. In the midst of this landscape you'll discover several hundred animal species.

Zebras, wildebeest, springboks and other deer grazing by the herdful. Monkeys squabbling, hyenas sniffing out carcasses and giraffes elegantly crossing the plains. At water sources, hippos live alongside crocodiles. Hidden by tall grass, cheetahs are hard to spot but if you see one give chase, you'll be blown away.

But if the Kruger National Park is famous for one thing, it's the Big 5! Huge buffaloes form immense herds. Elephants are numerous and, if you go out at night, you may cross a leopard on its nocturnal hunt. During the day, they prefer to lounge on branches, shaded from the sun, away from prying eyes. Rhinos, a protected species on the verge of extinction, are also well represented. The Kruger has the highest population of rhinos in the world. So this reserve may be the only one in which you will see them. As for the prides of lions, they reign over this amazing animal kingdom. These magnificent beasts hold other animals' lives in their paws, as they mull over what to choose for their next meal.

Time to set off! And don't forget your camera!