Covid-19 - Réouverture des frontières :en savoir plus
DestinationsTrip Types About Us
FAQs
Sign into my Evaneos Account
Destinations
Top destinations of the moment in Africa
Travel to Africa
Browse our tour ideas by category
See all tour ideas

Johannesburg, in search of Mandela

Fans of modern South African history and Nelson Mandela in particular, will want to see Robben Island, where he spent 27 years in prison. Let's take a trip to Johannesburg, where he lived for years and began his road to freedom.

Nelson Mandela was born in 1898, miles away from the sprawling mass that is Johannesburg today, in the tiny, rural village of Mvezo in the Transkei region.

After a childhood spent in Qunu, he attended Fort Hare University where he began to study law. In 1941, he fled to Johannesburg to avoid a marriage that his guardians were hoping to arrange. With an apartheid regime in full force, life was beyond difficult. He was determined to continue his studies, but, in order to finance them, was obliged to take on multiple jobs. One such job was working as a night watchman in a local mine. 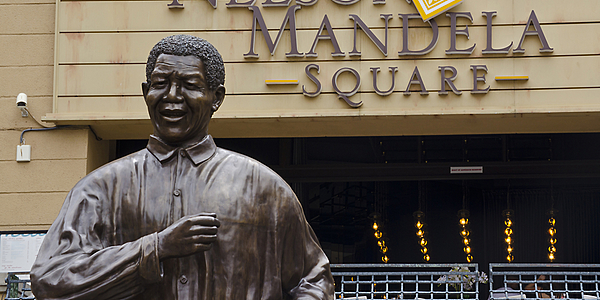 Nelson Mandela graduated with a Bachelor's degree in law and later earned a Diploma allowing him to set up practice. At the time, he was described as a young man whose passions were boxing and pretty women.

On a serious note, he joined forces with a friend, Oliver Tambo, to open the first black law firm in a South Africa that was being poisoned by segregation and apartheid laws. Walter Sisulu then came on board and together they broached the world of politics under the wings of the ANC (African National Congress). The three men actively opposed the government's regime and decided to devote their lives to freeing South Africa from its claws. It was at this time that Mandela began to use Soweto as his base. And, today, it's to this township that so many travellers and followers come to pay their respects.

Retracing his steps in Soweto

There's no point in thinking you can tour this area on your own. It's too dangerous to go alone. But security aside, it's far more interesting to go with a guide, who'll be able to recount the revolutionary events that took place during Nelson Mandela's day.

A tour will take you to Kliptown where the Freedom Charter was drawn up, leading to Madiba's arrest. You'll hear about the Sharpeville Massacre in 1960, when police opened fire on a crowd of peaceful protesters. This was a turning point in Nelson Mandela and the ANC's history, as this pacifist party then took up arms. Mandela famously explained his decision with the words "I am not a violent man. It was only when all other forms of resistance were no longer open to us, that we turned to armed struggle." And by way of tribute, most tourists travelling in South Africa will pay a visit to Soweto and the Nelson Mandela Museum. It was in this modest house that he lived with his first two wives. 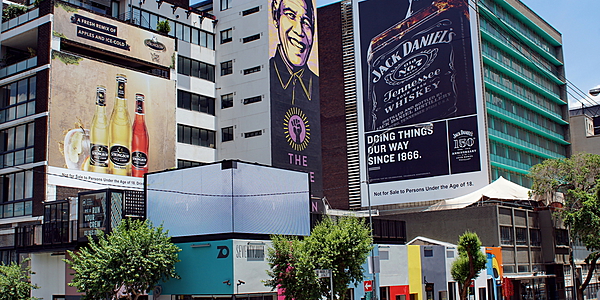 Whilst visiting Soweto is an emotive experience, a trip to the Apartheid Museum between Soweto and Johannesburg is even more interesting. It's big, well presented and fully explains the subject. There are numerous videos, recordings and photos dedicated to Mandela, the freedom fighter, as well as his revolutionary colleagues.

There is no better way to finish a day tracing Nelson Mandela's steps in Johannesburg.