Design your perfect trip to Portugal's beaches with a local expert
Customize a tour idea created by one of our local agents based in the destination.
©
Shutterstock

Is Portugal the right destination for you?

Reviews from our travelers about their trip to Portugal

Overall we loved Portugal and its many parts. We managed to see so many different aspects of the country in our trip, and particularly enjoyed the people, the food, the wine, the history, and the variety. This was ensured in the planning stage where Tiago had worked hard to ensure we had the variety of trip we required for our mixed age family. Favourite moments were many, and varied - most lunchtimes where Tiago helped us find local specialities; magical locations - hard to beat Marvao, Porto, the Duoro, hidden beaches, coves and restaurants; lovely people, helpful and understanding; Tiago - I honestly can't think of a better guide and friend for us while we were in Portugal. Without him and his guidance we wouldn't have experienced half of what we did, and would have no doubt wasted time on unnecessary trips.

I had never been to Portugal and wanted to make sure we didn't miss anything. Nuno sent over many suggestions and made sure the trip was just what we wanted it to be. We saw a lot of Lisbon and also the surrounding areas- all of the tour guides, drivers and others we met were professional, knowledgable and friendly. Every experience from the cooking school to the sail around Lisbon harbor were incredible and we hated to leave!

Both Lisbon and Porto were magical cities with so much to see and do - and the food was an amazing experience. Our guide Tiago knows the country so well so it was a treat to have him show us and share with us his Portugal. Our overnight in the country side was charming and beautiful and our host could not have been more welcoming and inviting. We spent three days in Lisbon with side trips to Sintra and then drove north through Coimbra, Nazare, with a stop at the Shrine of Fatima, and up to Porto for three nights in that city exploring and experiencing that historic city, its charms, its food and its delicious Port wines.

With more than 1,100 miles of Atlantic Ocean coastline lining the Iberian Peninsula, Portugal’s beaches rank among some of the country’s top attractions. You’ll find warm sands surrounded by historical sites, lively cafes and quaint restaurants, and charming coastal communities all along its seashores. Whether you’re looking to soak up some sun or surf some big waves, Portugal has got you covered.

Portugal’s beaches are varied, from black volcanic sands to golden-hued expanses. Some beaches have jagged rocks towering out of the water, while others have seemingly endless sandy stretches you can wander to your heart’s content. There’s a reason this is one of Europe’s top beach destinations.

The best beaches to visit in Portugal

You’re never too far from a beach in Portugal, even in the major cities themselves. There are famous surf breaks up and down the coast, while islands the Azores and regions like the Algarve feature majestic rock formations. Here are the top places for a Portugal beach break.

The Algarve’s reputation as a brilliant beach destination is well deserved. Surrounded by majestic orange limestone cliffs, Praia da Marinha in Caramujeira is worth exploring on a hike down to its compact beach area. Praia da Rocha, near Portimao, offers up soaring rock formations, some shaped like castles if you look closely enough.

Located midway along Portugal’s coastline, Nazare is known for its culturally rich town center and gentle, golden crescent-shaped beach. It's also lauded as a world-class surfing destination, where enthusiasts flock to ride the big waves along the North Beach.

Seek out scenic beaches near the capital

You don't need to venture far from Lisbon to hit the beach. West of the capital is Carcavelos Beach, where the locals come for an escape from the city. Within The Nature Park of Arrabida to the south, you'll find the picture-perfect Galapinhos Beach, touted as one of Europe's stretches of sand.

Portugal's second city isn't left out of the seaside action either. Ingleses Beach offers a sandy stretch ideal for sunbathing and swimming, bordered by dining and shops. A little further north, Matosinhos Beach has a wide expanse of sand and decent breaks that are popular with surfers.

Discover the allure of the Azores

Tips for planning a beach vacation in Portugal

With year-round sunshine, there’s never a bad time to visit the beaches in Portugal. However, avoid the crowds in July and August when many Europeans go on their summer vacation. Most Portuguese beaches are sandy, but some rockier parts will require water shoes to navigate. 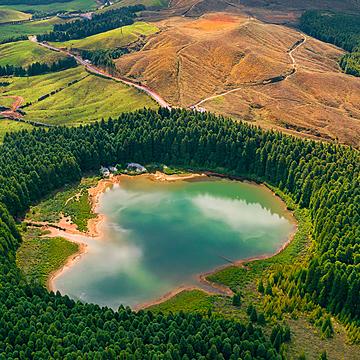 One Week in Portugal 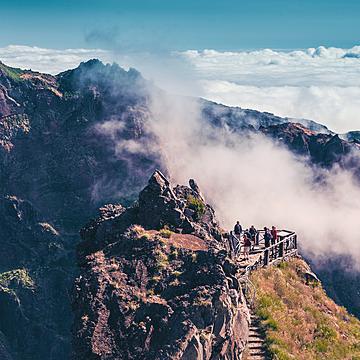 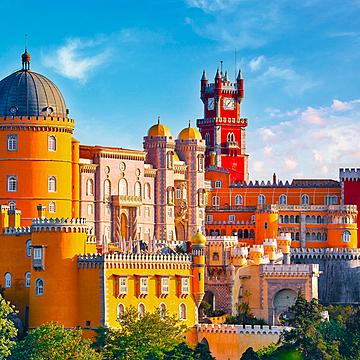 Summer in Portugal
Experience added!
You can add more experiences to your trip itinerary before sending it to a local agency
View my trip itinerary