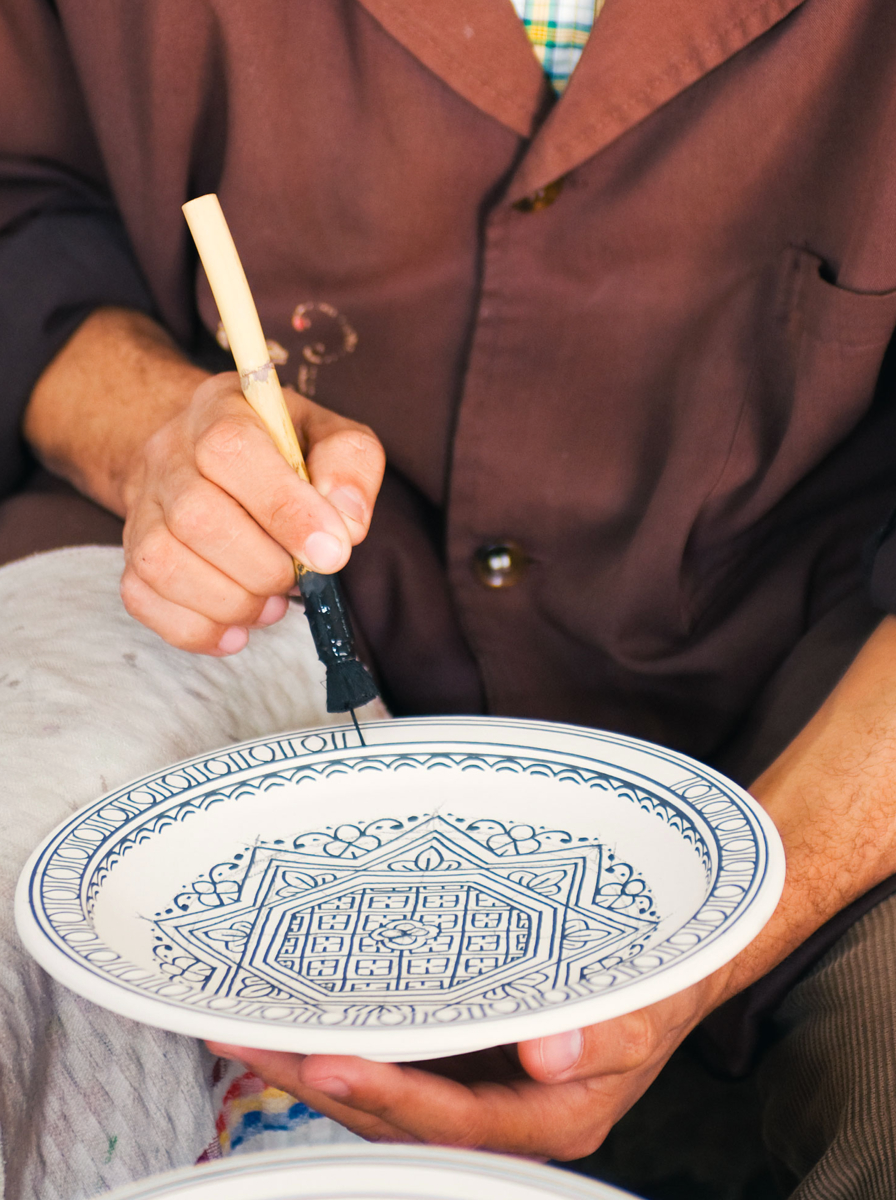 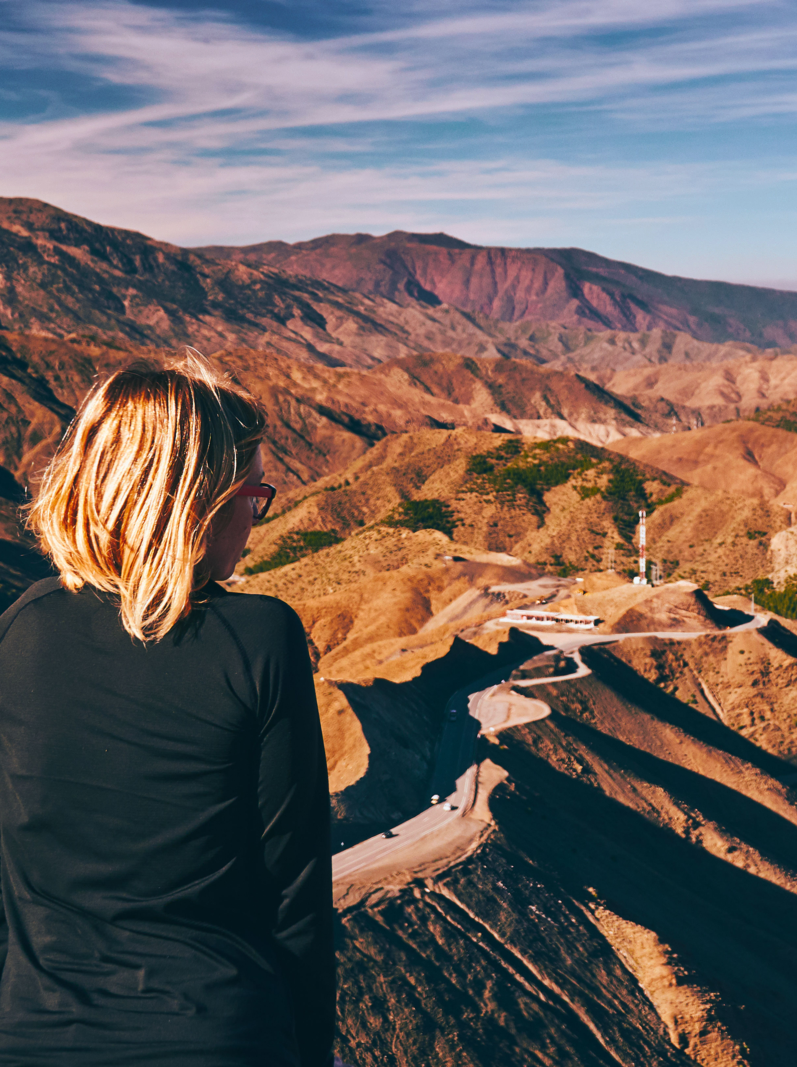 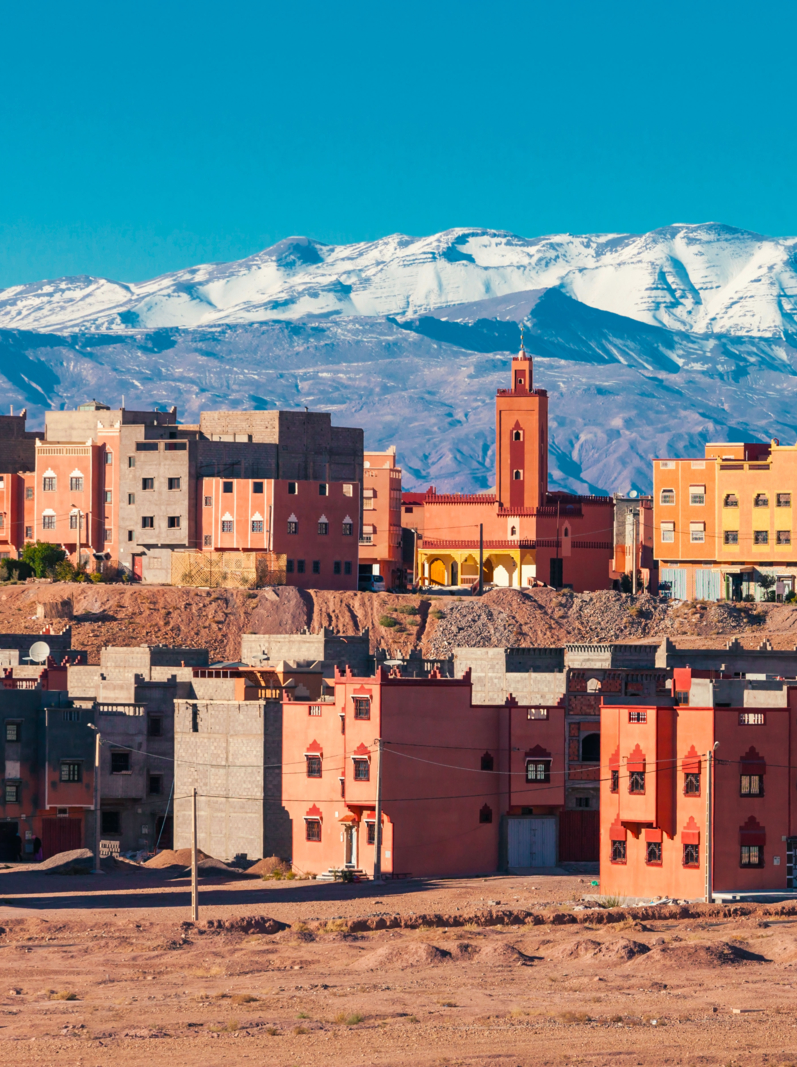 The gateway to the desert, Ouarzazate represents a practical base to explore the breathtaking scenery and kasbahs around it.

My suggestion:
If you go through Ouarzazate, don't forget to pass by Aït Benhaddou, the most famous kasbah, during your stay in Morocco.
My review

Ouarzazate was historically a market town where the diverse tribes from the neighbouring desert would meet and trade. Developed by the French during the protectorate, the town experienced a real boom with the development of cinema in the 1950s and the creation of a real "Ouallywood" in the region. Filming crews going there for the absolutely mind-blowing scenery and the maximal sunlight of the place.

It's the same case with tourists... Ouarzazate is indeed an interesting base for exploring the region, whether it's to discover the incredible traditional Berber kasbahs which surround it or for diverse excursions into the desert and its lunar scenery, even if the town as a quite dull place to sleep is without any great interest.

Cinema perfect scenery in this mythical town in Morocco's south-eastern desert. Ouarzazate has attracted lots of filmmakers looking for scenery that is out of the ordinary.

My suggestion:
Ouarzazate is a good departure point for trips to the Great South and the desert. It's a good idea to have one or two days to rest in Ouarzazate before you go off adventuring.
My review

I was on my way to Aït Benhaddou when I stopped off at Ouarzazate. At that moment I had no idea how much filmmakers love the place. But after having visited it, I understood a little better why. An appearance that looks like it has stepped out of a film is enhanced by, among other things, two kasbahs which are really interesting to visit. First, there is Taourirt Kasbah, built out of ochre-coloured earth, and which is also a UNESCO world heritage site. Then there is Tiffoultoute Kasbah. They are two extraordinary examples of traditional North African architecture.

As to films, famous productions such as "Lawrence of Arabia", "The Living Daylights" and "The Mummy", not to mention parts of "Game of Thrones", were all shot there. While you are visiting this Moroccan town you can also visit its film studios.