When I discovered the north of Iceland, I had already toured a part of the island. Nevertheless, I discovered new landscapes, different from the rest of the country.

Myvatn Lake, also known as midge lake, is located in northern Iceland and was formed 2300 years ago during a major volcanic eruption. Myvatn Lake and its surroundings are exceptionally rich in wildlife. The lake is vast, with small, green islands. In summer, it's the ideal place to observe dozens of species of birds which go there to nest. In fact, the warm waters of the lake are rich in nutrients that feed the insects, which attract the birds. Around the town, there are arid lava fields resembling deserts which contrast with the lake and its surrounding vegetation.

While in Myvatn, why not go to the Myvatn Nature Baths. This outdoor pool is similar to the Blue Lagoon, with its milky blue water heated by the earth, but it is less popular and less expensive. Remember to remove your jewellery and your wedding ring, the minerals in the water can corrode metals.

The Krafla volcano and its geothermal phenomena

The Krafla volcano is a little elevated, it was very active in the 18th century. You can visit the Krafla geothermal power station. The facilities are impressive and inside you can watch a documentary on geothermal energy (in English only).

A little further away is Namafjall, it's a vast area where you can feel the activity of the earth under your feet. Indeed, in this brown ochre expanse, there are a multitude of bubbling mud pots, sulphur springs and sulphur fumaroles which spring from the earth in the form of white vapour. Ropes define the paths because contact with extremely high temperatures is dangerous. 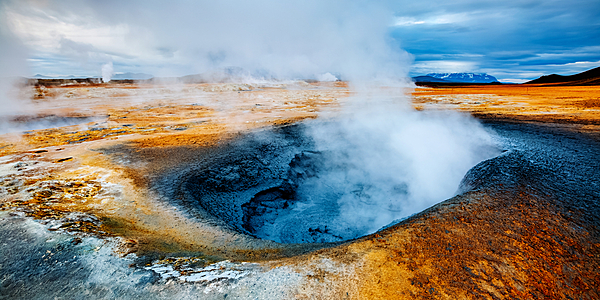 Continuing on the road from the car park, you arrive at the pseudo crater of Viti, with turquoise blue water in its centre. You can reach the summit of the crater in a good half hour walk, the panorama is well worth the effort of the climb with the Krafla volcano appearing in the distance.

A little further and you will find the caves of Grotagja and Storagja, inside which are hot springs. In the past, you could swim there, but the temperature of the water rose and now borders on 60°C, I only managed to set foot in there! As an anecdote, it was in these caves that scenes were filmed with Jon Snow and Ygritte for Game of Thrones.

The rock formations of Dimmuborgir, dark and tall, are very impressive. There is even a huge natural arch formed by seismic activity in the region. For those who want to follow in the footsteps of Game of Thrones, scenes from the Wilding camp were filmed here.

During a journey in the north of the country, a stopover of several days around Myvatn seems inescapable to me. The imprint of volcanism is palpable in this region and has shaped the unique, sometimes chaotic landscapes. 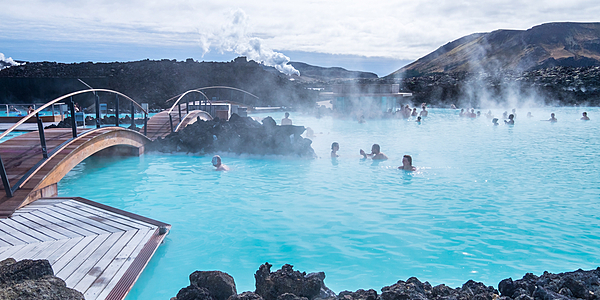