With patience and, on occasion, binoculars, amid magnificent landscapes and scenery, and whether in the air, on land or in the water, it is possible to observe many animals during a trip to Iceland that are usually difficult to see elsewhere.

Due to its geography and climate, Iceland has just one native species of land mammal: the Arctic fox. It comes in two kinds: a white variety and a blue variety, with the latter the commoner of the two on the island.  The village of Súðavík in the north-western fjords is home to the Arctic Fox Centre, which is made up of a research centre and a museum.

Wild reindeer can also be encountered in Iceland, as evidenced by the road signs warning of their presence that you come across from time to time. The species was originally imported from Lapland then released into the wild when it proved difficult to rear and farm. They were then hunted before finally being designated a protected species when threatened with extinction. It is easier to see them in the east of the country.

Iceland is known for its resident horses who roam freely around its dramatic landscapes. They are perhaps most astonishing for their strength and hardiness and their ability to survive in such unforgiving climates. They are such a national symbol that Icelandic law actually prevents other breeds from being imported here, and once and Icelandic horse is exported, it cannot return. Horses were celebrated in typical Icelandic mythology and so this may have something to do with the love that this nation has for this breed, as well as the fierceness with which it is protected. Seeing herds of wild Icelandic horses is always a memorable experience. These were first domesticated long ago and can be spotted more or less everywhere on the island. 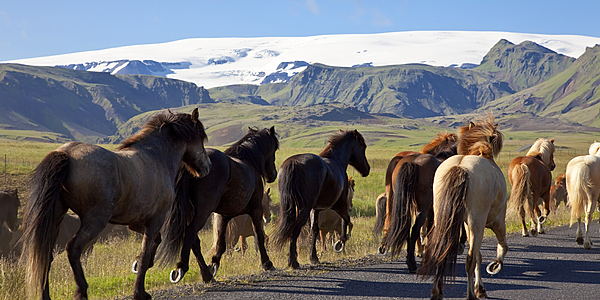 There are numerous seal colonies in Iceland and you will undoubtedly get the chance to see some of them during your trip to the country. There is an easily observable seal colony In the west, behind Ytri-Tunga farm on the Snæfellsnes Peninsula. In the north western fjords it is possible to see rarer species of seal, and even walrus from Greenland can sometimes be seen on the sandy beaches or in the fjords themselves.

Whales and many other species of cetacean visit the Iceland's coastal waters. The name 'Hvalfjörður', which literally translates as 'Whale Fjord', is therefore fully justified. The presence of so many whales is also the reason why there used to be a large whale fishing centre here in the 1980s. 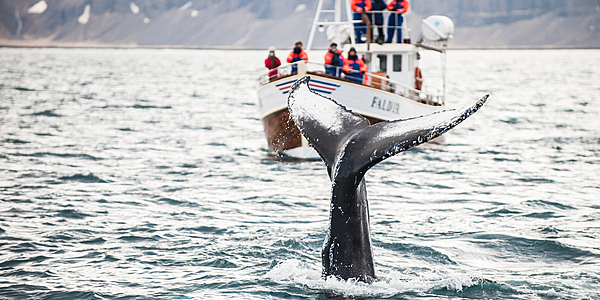 More than 300 different species of birds inhabit Iceland. Amongst them is the puffin, a small black and white bird with a colourful bill that serves as a symbol for the country and lives on cliffs, especially the ones at Látrabjarg in the west and those of some of the islands (e.g. Grímsey and the Vestmannaeyjar archipelago). In the breeding season, which runs from mid-April to mid-August, the puffin becomes the most populous bird species in Iceland. There are other species to be seen nesting on the cliffs too, such as guillemots and cormorants for example.

In summer, around the beaches, you will almost certainly get the chance to see Arctic tern. These black and white coloured birds can become quite aggressive if you approach too close to their nest. So beware! Amongst the other species to be seen on and around the beaches are the great skua, the white-tailed sea eagle (a rare and protected species) and the common eider: a large duck, also black and white.

Summer is the best time to spot birds because they come to Iceland in large numbers to breed at that time of year. The same applies to whales. The other species of animal to be seen in Iceland (e.g. foxes and horses) can be encountered all year round. 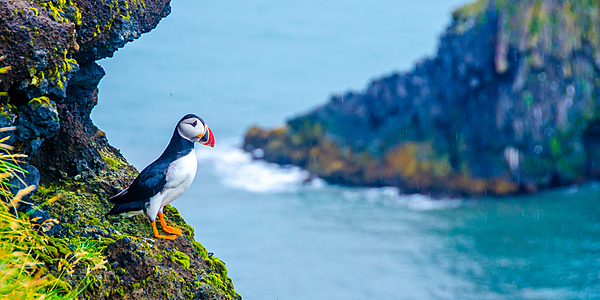