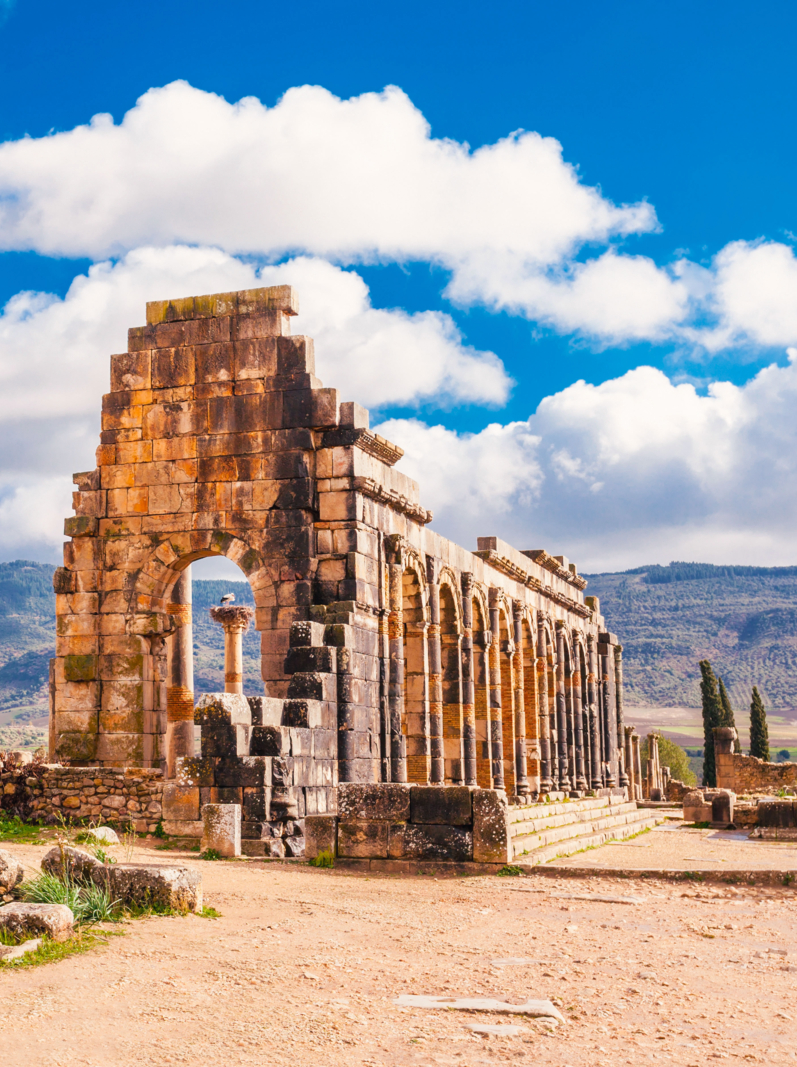 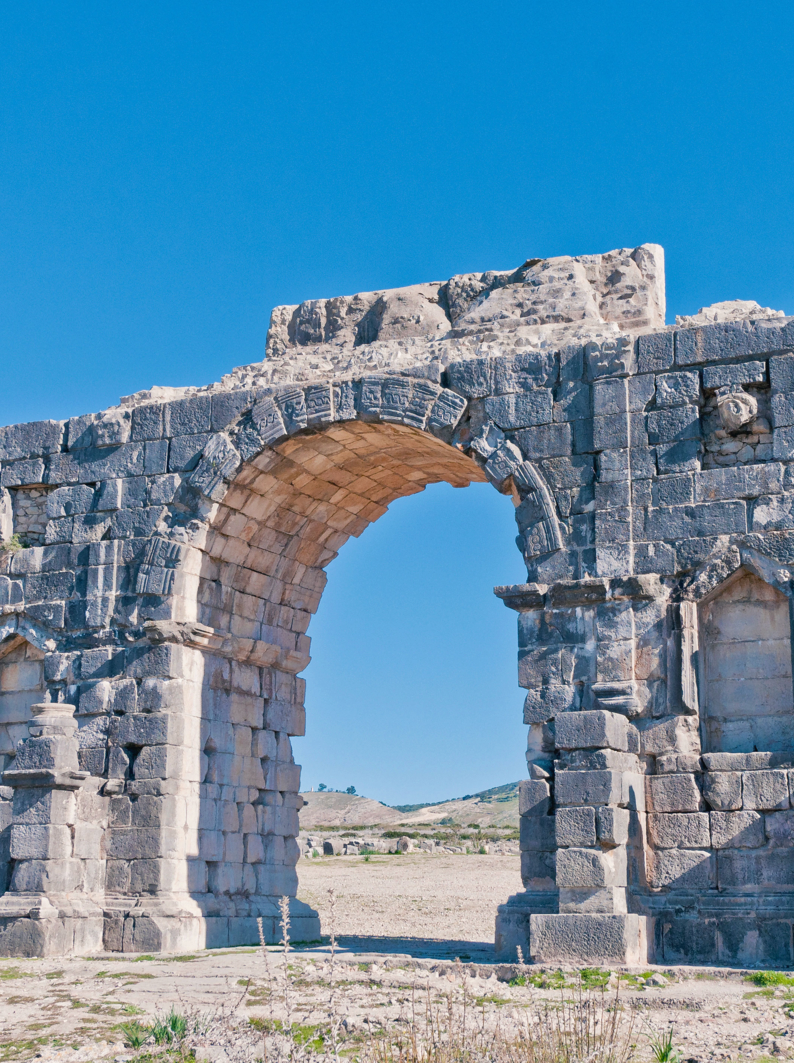 Located in the Saïss Plain two and a half hours from Rabat is Volubilis’ impressive archaeological site, known as Ksar Feraoun in Arabic. The largest in Morocco, these Roman remnants stand proudly in the middle of a green expanse and thanks to its columns and arches, you’ll feel like you’re in Italy. However, this place steeped in history is much more than that, as the city has seen a succession of civilizations. Here is where the Berbers made it the capital of Mauritania and began to cultivate olive trees.

To fully experience this site and its treasures, we recommend visiting with a guide. Learn all about each building’s history and its place in the city. You’ll feel like a character in a movie as you walk under the Arch of Caracalla and the Tangier Gate to see the Basilica and the Capitol. Those with an eye for detail will appreciate the well-preserved mosaics. Then, seek higher ground and spot the Roman ruins in all of their glory to get a better idea of Volubilis’ magnitude. Walk for a few minutes towards the surrounding hills to view the captivating remains in their entirety.