The Czech Republic is one of the youngest states in the world, and has just entered into its adult years. That's perhaps why when you walk in its streets you breathe in a youthful buzz. It's a little different to the seriousness of the aristocracy of the past centuries.

Its capital, Prague, is a city of tales comparable to Bruges or Krakow. The city which was once a global point of reference in revolutionary literary creation is now a majestic city in which you can walk in the footsteps of the writer Kafka. Don't miss the Jewish quarter, the Dancing House, the astronomical clock and the famous Charles Bridge which divides the districts of the Old Town and Malá Strana. On top of the hill you can make out Prague Castle overlooking the city. In the really breathtaking district with the same name, you can find several palaces, convents, parks and gardens which will leave you with an everlasting memory.

Even if the majority of people tend to reduce the country to just Prague, the Czech Republic is a lot more than that. For example there are the other big cities loaded with history such as Karlovy vary, Brno, Kromeriz... But we can especially talk about Kutná Hora, protected by UNESCO for the remains of its substantial silver mines and its monastery, and Nizbor for its crystal glassworks, or even Hluboká nad Vltavou for its impressive castle.

Just beside Prague, you'll find the fortress castle of Karlštejn, a real jewel of South Bohemia. This region is the one which has the most to offer from an architectural and cultural point of view. We would name České Budějovice, Český Krumlov and Jindřichův Hradec as choice destinations which deserve to be better known. Go there if you want more calm than in Prague! For lovers of nature, go in the direction of the Bohemian Forest which is on the border with Germany and Austria. 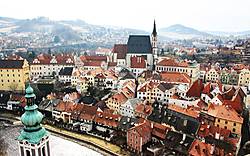 Český Krumlov
5/5
A small city located in the twists of the Vltava River, Cesky Krumlov is so beautiful that it doesn't seem real. 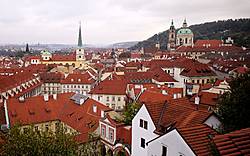 Malá Strana
5/5
Mala Strana or the "Little Quarter" is the wonderful quartersituated at the foot of Prague Castle, on the other side of the Charles Bridge. 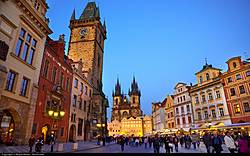 Old Town
5/5
Old Town of Prague, or Staré Město, is an intertwining of beautiful medieval streets leading to Old Town Square, perhaps one of the most beautiful European squares. 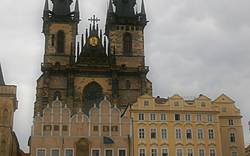 Prague
5/5
Nicknamed the pearl of Bohemia, Prague is the capital of the Czech Republic. 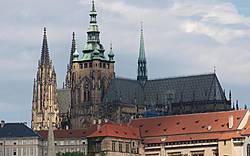 Hradcany et le château
4.5/5
The district that is home to Prague Castle, Hradcany majestically overlooks the "City of a Thousand Spires", and includes some of its most famous sites. 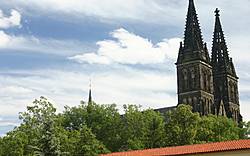 Vysehrad
4/5
Located on a rocky promontory along the Vltava River to the South of the New Town district, Vysehrad is home to an impressive fortress from the 10th century, as well as an important cemetery. 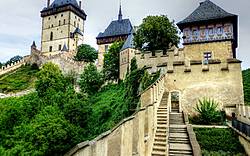 Karlstejn
3.5/5
The royal residence of Charles IV, Karlstejn Castle is majestically perched on green hills, even though the development of mass tourism has somewhat altered the place. 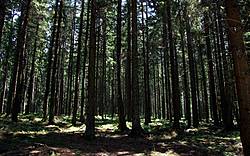 Forêt de Bohème
3/5
Nicknamed the Bohemian Forest in Czech or named the Upper Palatine Forest, Cesky les is a mountainous region between the Czech Republic and Germany. 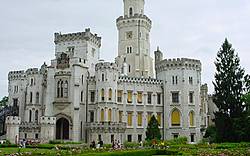 Hluboka
3/5
Situated on the river Vltava, the charming little town of Hluboka nad Vlatavou is particularly well-known for its castle, a sort of copy of Windsor Castle. 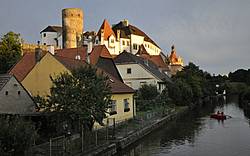 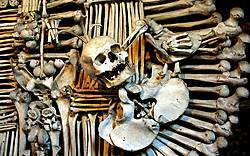 Kutná Hora
3/5
A historical mining town which greatly expanded, thanks to the quantity of silver discovered there, Kutna Hòra retains a sense of stately beauty despite the many tourists. 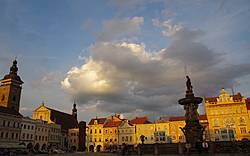 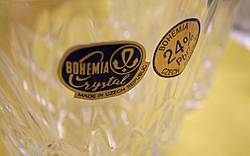 Nižbor
2/5
Capital of Bohemian crystal, Nizbor is a pleasant little town of limited interest, other than its manufacturers.
1