5 / 5 - 2 reviews
How to get there
9 miles from the Prague airport by taxi
When to go
Year-round, although the Christmas season is magical
Minimum stay
Half a day

The Old Town, or 'Staré Město' in Czech, is the historic district of Prague.

My suggestion:
Avoid the restaurants located in the Old Town which are often too expensive... as well as being true 'tourist traps'.
My review

Against the backdrop of the castle, Charles Bridge is surely the most photographed monument during a stay in the Czech Republic! It's magnificent early in the morning, in the middle of winter, covered in ice or snow, in fog, even when empty of tourists... But cover up well to see it then especially when it's -20 degrees.

During the day, lose yourself in the crowd of tourists. They will lead you directly to the astronomical clock (no need for a map)! When the hour sounds, Christ and his 12 apostles appear one by one. You'll then find yourself in the Old Town square, so magical in winter. The sellers display their still alive carp fish on the market for Christmas dinner, the fir tree reigns in the centre of the square and the atmosphere is of singing and dancing. Don't forget to look up towards the Church of Our Lady before Týn, a beautiful Gothic church.

Old Town of Prague, or Staré Město, is an intertwining of beautiful medieval streets leading to Old Town Square, perhaps one of the most beautiful European squares.

My suggestion:
Come early in the morning or in the off-season to take advantage of the district's beauty without thousands of tourists around.
My review

It's hard to imagine that until the end of communism, Prague's Old Town was one of the city's worst neighbourhoods, and its decaying and decrepit houses, blackened by coal, were falling apart. Today Prague's Old Town looks more like a historical reconstruction of a medieval town with its Gothic and Baroque facades perfectly restored in pastel colours, and the countless churches with pointed turrets that rise between red-tiled roofs, giving Prague its nickname, "City of a Thousand Spires".

It's also the part of the city that is home to the largest number of tourist attractions: Old Town Square, Jewish cemetery, the Astronomical Clock, the Charles Bridge, Wenceslas Square and hundreds of other places to see. Because that's really what you have to do in the streets of Old Town Prague: get lost, away from the streets filled with tourists, taking alternative paths to discover the still flourishing charm of this district. 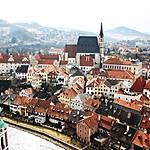 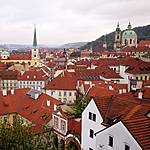 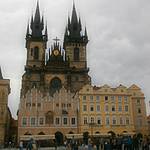