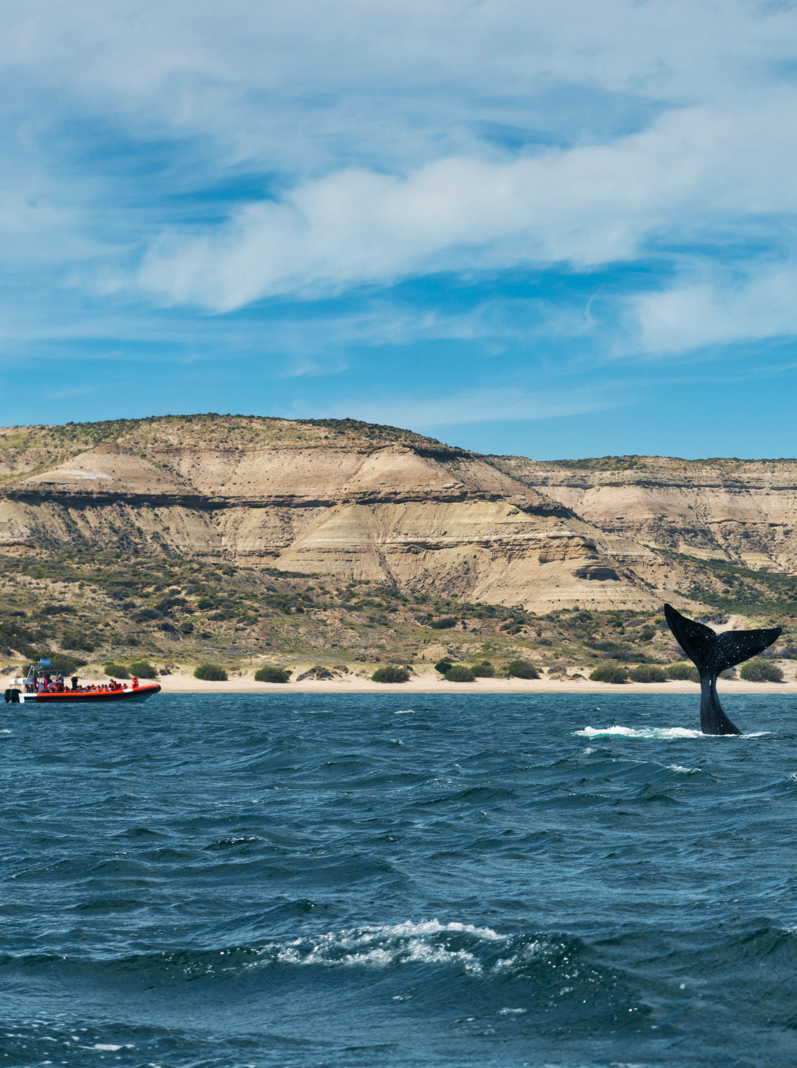 The Valdés peninsula is a haven of peace for wildlife on the Atlantic coast of Argentina, and it is also a protected reserve of 4,000 km2 which is a UNESCO World Heritage site.

My suggestion:
If you want to visit the Valdés Peninsula you should stay in Puerto Piramides which is on the coast in the heart of the peninsula, rather than at Puerto Madryn.
My review

Very few places in the world that are so easily accessible have such are so rich in wild life as the Valdés Peninsula. It's a must if you like taking photos on safari, or animal watching, and an ideal destination for families travelling with children.

At different seasons of the year thousands of sea mammals visit the peninsula's coasts before leaving for other areas. Magellan penguins, right whales, sea lions and sea elephants, orca, etc. The whale season is high season for tourists.

I loved the Valdés Peninsula because of the variety and number of animals, and also its lunar landscape, untouched and arid, with dunes and cliffs facing the ocean.

The Valdés Peninsula is an exceptional place. It is a pensinsula about half way down the Argentine coast which attracts large numbers of tourists because it has a very special ecosystem. It is very famous for the local wildlife.

My suggestion:
The peninsula is quite large and journeys from one place to another can be a bit long, so if you want to be as free as possible it's best to rent a car. If not, then it's by bus.
My review

If you are a nature lover then get your camera ready! This is an incredible place. The wildlife on the land is not particularly amazing, and can even appear a bit boring compared to what you can see in the ocean. In that great blue expanse your eyes are going to feast on some spectacular sights.

And you don't have to get into a boat! You can stay on the beach, or on the signposted trails and wait a little, and then just admire...You'll experience moments of intense emotion on the Valdés Peninsula . During our stay we were lucky enough to see Right whales from the beach. Only 10 m from where we were, there were young mothers playing with their calves, teaching them how to jump, etc....incredible. I was speechless. Something you absolutely must see during a trip to Argentina.

Right whales are the great attraction of the place but they aren't its only one. We had been told that the north point of the Valdés Peninsula had a particular attraction. Apparently orcas are known to come up on the beaches there to catch sea lions. Really something special to see! So we went there, arriving, after a good hour's drive down not very good roads, full of hope. We were told that no one had seen an orca for a month. But that day we were lucky and saw an amazing spectacle. They were patrolling up and down about 1 metre from the beach.

There are lots of surprises on the Valdés Peninsula.

The Valdés Peninsula is on the Atlantic Ocean, about 100 km from Puerto Madryn. There are enormous sea-lions, orcas, whales...the sea life is exceptional.

My suggestion:
Between July and December nearly 1,000 whales come to the bay to calve. It's one of the few places in the world where you can observe them up close.
My review

The Valdés Peninsula is a UNESCO World Heritage site and an absolutely unmissable Argentinian tourist site if you want to animal watch. Surrounded by wild landscapes, if you keep your eyes open you might see ñandus, armadillos, foxes, guanacos...

Every year from July to December the star turn is when more than 1,000 whales arrive to give birth. If you want to go and observe them you have to take a boat from Puerto Pirámides. You don't have to go far before you see the whales. I really recommend going there, it's something that you will never forget. Whales swimming right next to you, lifting up their heads and their tails. One went right under my boat. It's impressive! Another unforgettable moment.

The Valdès peninsula is famous for its outstanding wild life and is a UNESCO World Heritage site. It is on the Atlantic coast of the north of Patagonia and extends over almost 4,000 km².

My suggestion:
Allow lots of time for looking at the whales, it's very difficult to leave them - they can be seen between July and November. Binoculars? Yes, they are indispensable!
My review

During your trip in Argentina, or to be more precise in the region of Chubut in northern Patagonia, the Valdès Peninsula is an unforgettable experience which will leave you with souvenirs that are, at the very least...unusual.

I honestly don't know which was more impressive, listening to or seeing the Southern Right whale. From the beaches of Puerto Madryn, which was my base, the spectacle was very moving. Just imagine, the biggest mammal in the world snorting and splashing only a few hundred metres, or even less, away from you. Its astounding. And that's not all, the waters of Golfo Nuevo and the peninsula have lots of other things to see, which you need to find out about from the local guides. You can also go watching guanaco (a camelid that is related to llamas), the Patagonian hare (an enormous rodent), sea elephants and sea lion, Magellan penguins... as to the birds - well, there are lots!

In one word, I love the Valdès peninsula.

Design your trip to Argentina with a local travel agent 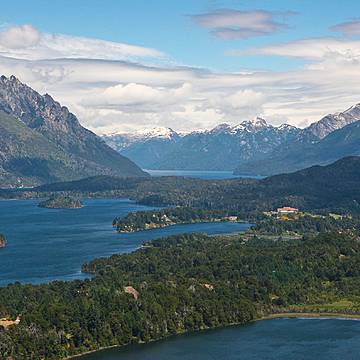 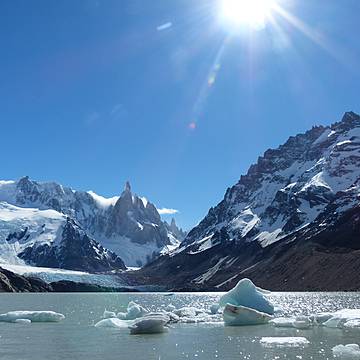 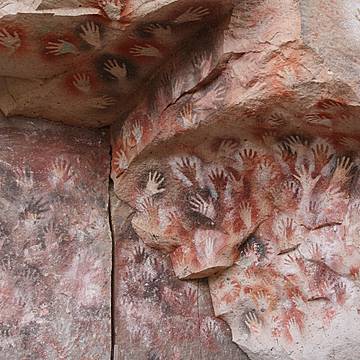 $4,710
Argentina
Off the tourist track Patagonia

$2,400
Patagonia
Natural wonders of Patagonia
Experience added!
You can add more experiences to your trip itinerary before sending it to a local agency
View my trip itinerary